It’s the penultimate block for 2015 – the year has flown by so fast! Please note that the last block will be shared on November 25th – a day early, due to American Thanksgiving!

If you’re just now getting started, don’t worry – you’ll find links to all the previous posts for the CAL in the schedule below! Plus, they’ll stay free forever, so you can catch up into 2016, 2017… whenever you like. If this is the first you’ve heard of the 2015 Moogly Afghan CAL, please CLICK HERE to read how it works! In summary, every 2 weeks I’ll share a new free 12″ crochet block pattern, and we’ll all make them together. All the patterns will be free all year long, and we’ll get to visit a variety of fantastic crochet blogs along the way!

Once again, I’d like to thank Elke Wellens who is providing Dutch translations to all the designers – if you speak Dutch, check out the Dutch speaking Moogly CAL Facebook group!

And a big thank you to allatti2d, Angela2011, HelenJE, and Patricia-R-S, who are moderating the Ravelry group for the 2015 Moogly CAL! Click either of those links to check the groups out! The Ravelry group is a BIG source of help if you need it! Even though after 2015 the group may not be active, it will be a fantastic reference, so be sure to visit if you have questions with any of the squares.

Introducing Block #23:  Picot Flower by Rhelena’s Crochet Blog! CLICK HERE to go to the pattern page but first, read my notes below! 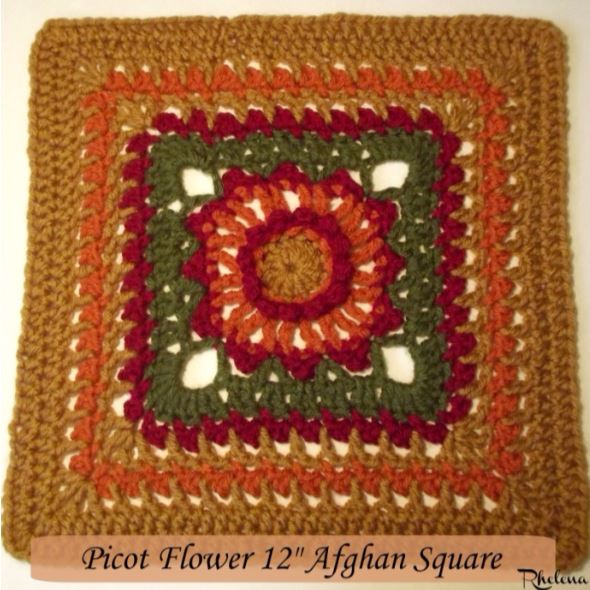 Above is Rhelena’s square, in 4 colors! Here’s the one I made, using all 6 of my colors: 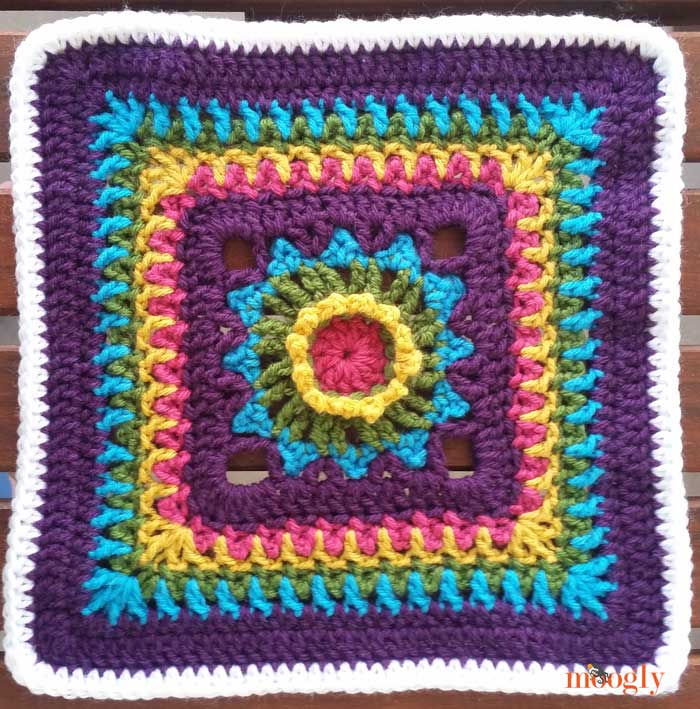