Don’t forget what 8 is for! It’s the square for this week! If this is the first you’ve heard of the 2015 Moogly Afghan CAL, please CLICK HERE to read how it works! In summary, every 2 weeks I’ll share a new free 12″ crochet block pattern, and we’ll all make them together. All the patterns will be free all year long, and we’ll get to visit a variety of fantastic crochet blogs along the way!

Introducing Block #8:  Springtime Lily Pond Square by Amy Ramnarine of The Stitchin’ Mommy! CLICK HERE to go to the pattern page but first, read my notes below! 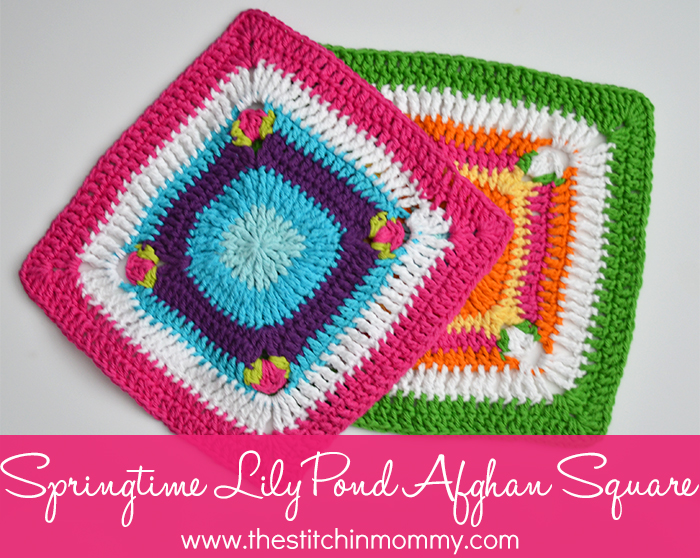 Above is the original, made in 6 colors! This square has a traditional construction, with a fun floral pop! I had to break with my usual color plan to celebrate this lovely pattern. Here’s the one I made, using all 6 of my colors: 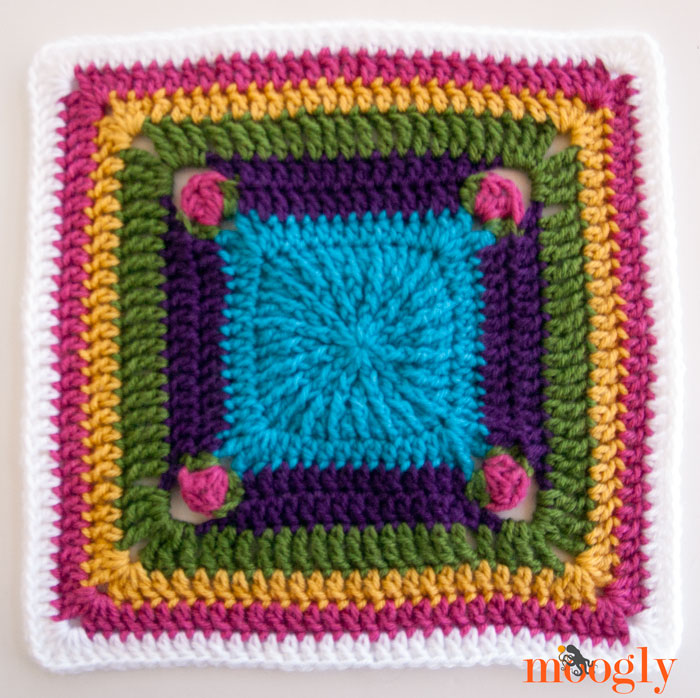