Moving right along, it’s time for Block #2! If this is the first you’ve heard of the 2015 Moogly Afghan CAL, please CLICK HERE to read how it works! In summary, every 2 weeks I’ll share a new free 12″ crochet block pattern, and we’ll all make them together. All the patterns will be free all year long, and we’ll get to visit a variety of fantastic crochet blogs along the way!

Once again, I’d like to thank Elke Wellens who is providing Dutch translations to all the designers – she’s even got a Dutch speaking Moogly CAL Facebook group going! And a big thank you to allatti2d, Angela2011, HelenJE, and Patricia-R-S, who are moderating the Ravelry group for the 2015 Moogly CAL! You all make this so much better – click either of those links to check the groups out!

There will be 24 blocks total, and each of the posts will go live here on Moogly at 10am Central time on their specified date. Click the links in the schedule to catch up on past blocks!

Introducing Block #2: Starburst Square by Tera Kulling, on Trifles N Treasures! CLICK HERE to go to the pattern page – To print the pattern, go to PrintFriendly.com and enter the pattern URL. 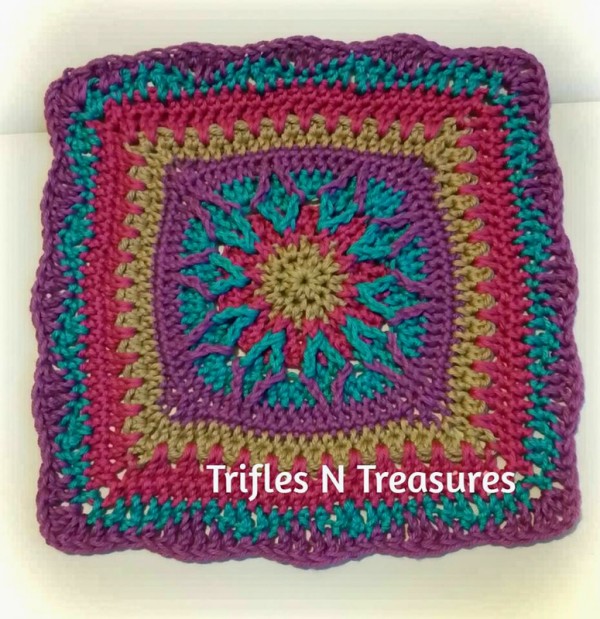 Above is the original, made with 4 colors. This square has a ton of visual interest, and some texture to boot! Here’s the one I made, using all 6 of my colors: 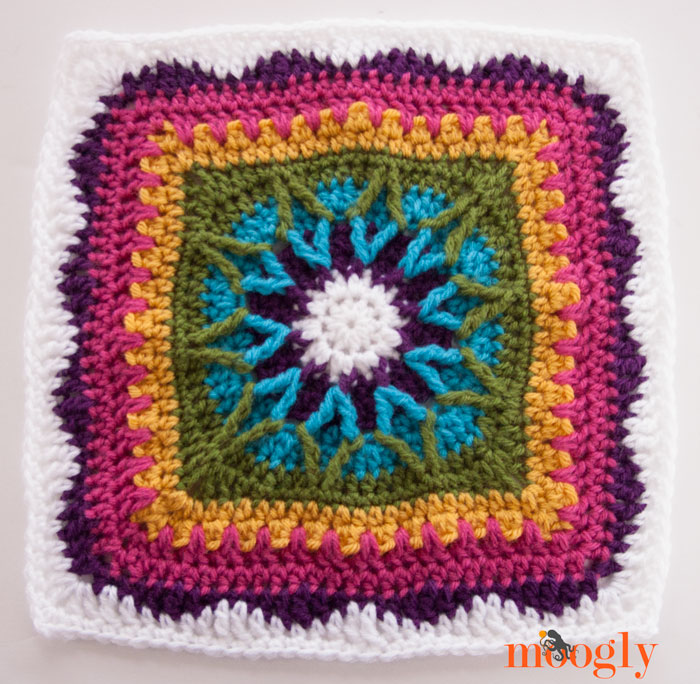