On to Block 4- we’re well and truly into it now, but it’s not to late to start either! If this is the first you’ve heard of the 2015 Moogly Afghan CAL, please CLICK HERE to read how it works! In summary, every 2 weeks I’ll share a new free 12″ crochet block pattern, and we’ll all make them together. All the patterns will be free all year long, and we’ll get to visit a variety of fantastic crochet blogs along the way!

Once again, I’d like to thank Elke Wellens who is providing Dutch translations to all the designers – she’s even got a Dutch speaking Moogly CAL Facebook group going! And a big thank you to allatti2d, Angela2011, HelenJE, and Patricia-R-S, who are moderating the Ravelry group for the 2015 Moogly CAL! Click either of those links to check the groups out! I can’t speak Dutch, but I know the Ravelry group is a BIG source of help if you need it!

Introducing Block #4:  Family Square by Stacey Williams of Busting Stitches! CLICK HERE to go to the pattern page but first, read my notes below! Please note that Stacey has closed her blog. That link takes you to an archived version of the post. The instructions seem to all be there, all not all the photos may load. 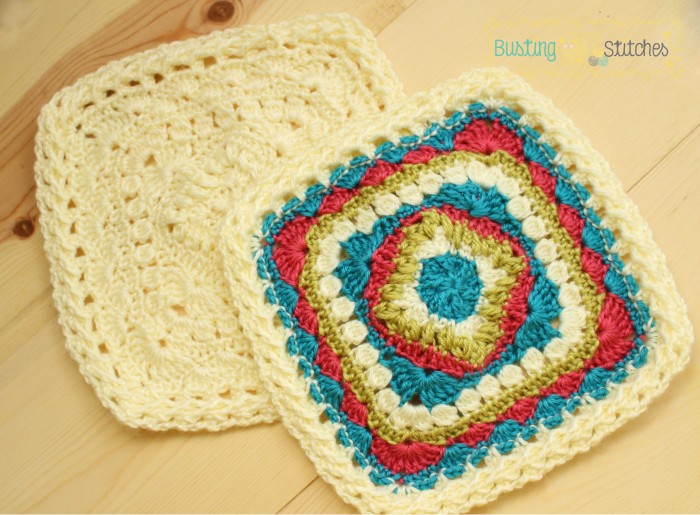 Above is the original, made with 1 color and again with 4 colors. This square had a bunch of novel moves to hold your interest, and an amazing edge! Here’s the one I made, using all 6 of my colors: 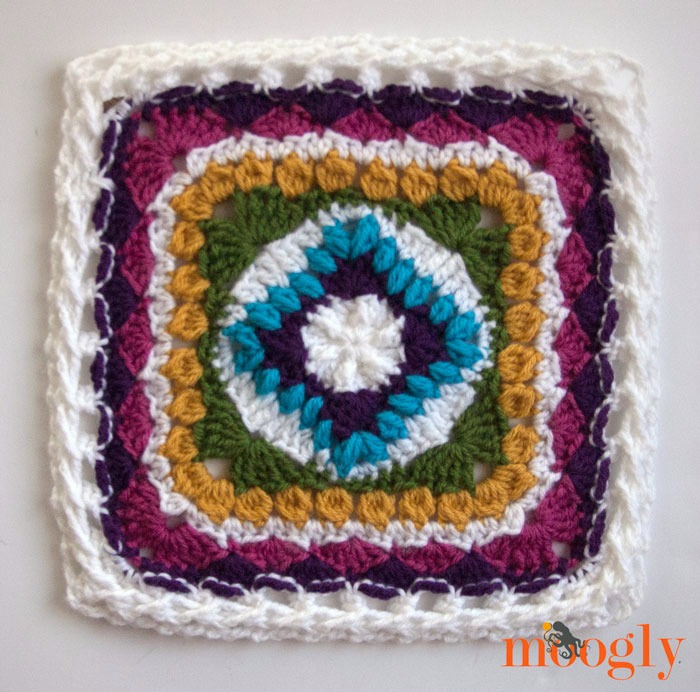 Previous Post: « Hookin On Hump Day #89: Link Party for the Yarny Arts!
Next Post: All Grown Up Cowl »