Moving on to Block #6! I’m so happy to announce that from here on out, the block patterns are being professionally tech edited, so hopefully it will just get better and better. If this is the first you’ve heard of the 2015 Moogly Afghan CAL, please CLICK HERE to read how it works! In summary, every 2 weeks I’ll share a new free 12″ crochet block pattern, and we’ll all make them together. All the patterns will be free all year long, and we’ll get to visit a variety of fantastic crochet blogs along the way!

Introducing Block #6:  Solstice Sun Rising by Tanya Naser of HodgePodge Crochet! CLICK HERE to go to the pattern page but first, read my notes below!

Above are the originals, featuring lots of color possibilities! This square has a unique start and is fun to make! Here’s the one I made, using all 6 of my colors: 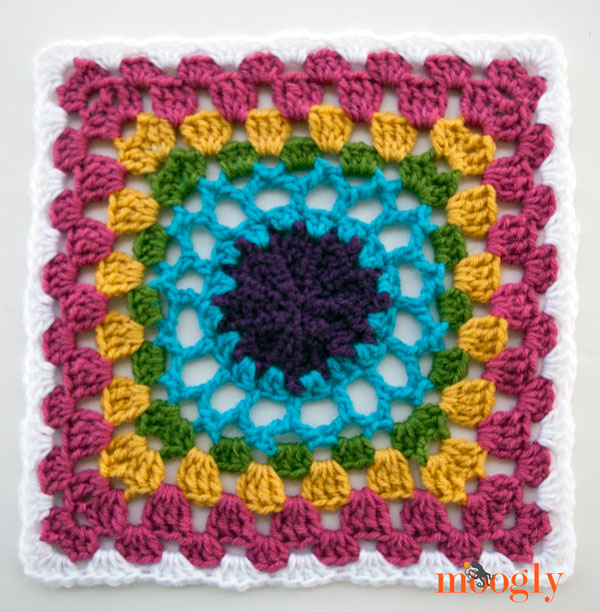