We’re at the halfway point for 2015 – Block #12! But there’s still time to join in, as blocks work up fast! If this is the first you’ve heard of the 2015 Moogly Afghan CAL, please CLICK HERE to read how it works! In summary, every 2 weeks I’ll share a new free 12″ crochet block pattern, and we’ll all make them together. All the patterns will be free all year long, and we’ll get to visit a variety of fantastic crochet blogs along the way!

Introducing Block #12:  Criss Cross Applesauce by Pia Thadani of Stiches N Scraps! CLICK HERE to go to the pattern page but first, read my notes below! 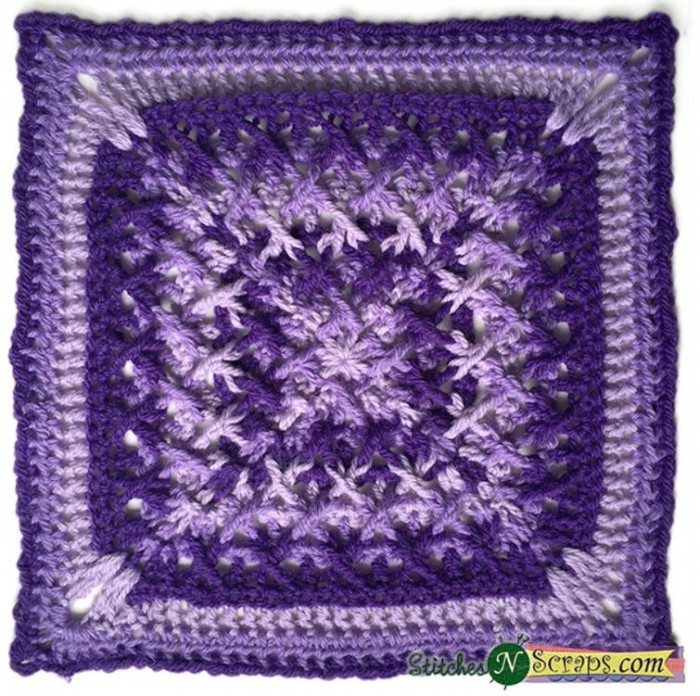 Above is the original, made in several shades of purple – gorgeous! I love the ombre look of it. Here’s the one I made, using all 6 of my colors: 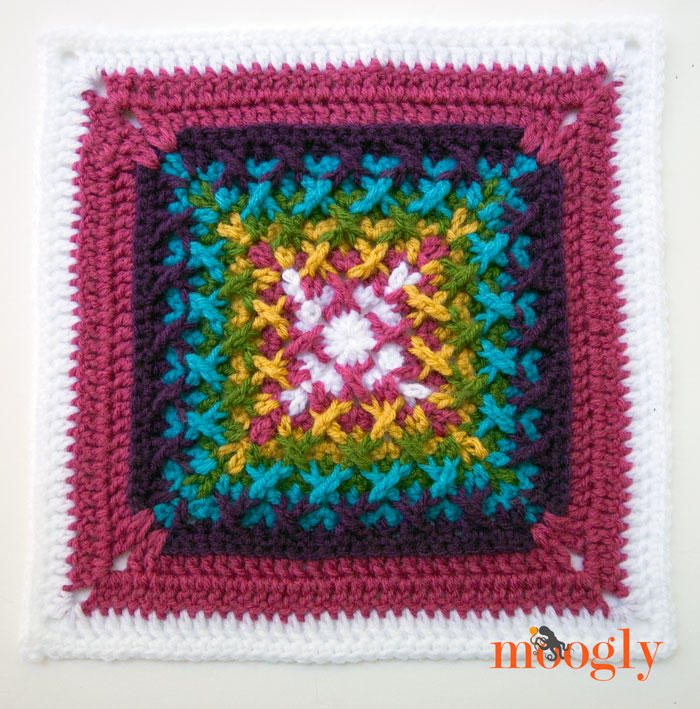