Subscribe to the Moogly Newsletter!
You are here: Home / 2014 Afghan CAL / Finishing Up the 2014 Moogly Afghan Crochet-a-Long!

I know it’s a symptom of getting older, but I still can’t believe we’re at the end of 2014 already! Deciding to lead a big crochet-along this year was a relatively spur of the moment decision for me, but I’m so so glad I did – and even happier that you all joined me! It had it’s bumps along the road for sure, but I think over all it’s been a success – and I know I’ve learned a lot! For instance, how tricky it is to take a picture of a whole blanket… 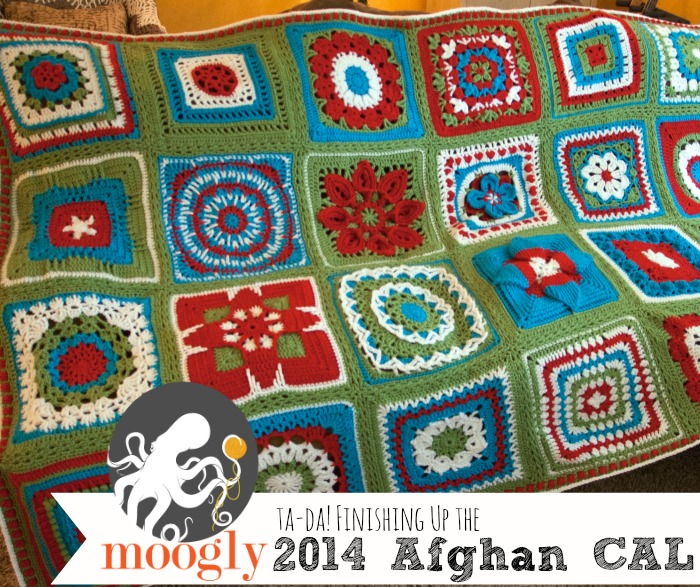 And now my blanket is all done! I used the Tight Braid Join technique to attach my squares to each other. I did one round of single crochet around each square, adding or decreasing stitches so that I got 41 sts on each side of the squares, with a ch 2 in each corner. Then I worked the actual tight braid joins, with 14 ch-2 loops on each side, plus one in each corner ch-2 sp. 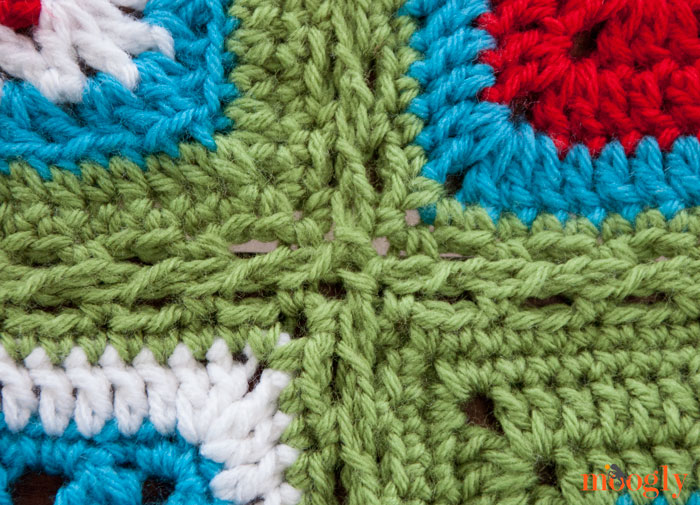 Then it was time for a border! I wanted to keep it solid rather than lacey, but I didn’t want to make it too plain either – I wanted something that would pull the whole thing together. So I played around with the yarn I had left over, and came up with a pattern I’m calling Polka Dot Border! You can find the free crochet edging pattern for that HERE – debuting it this morning! 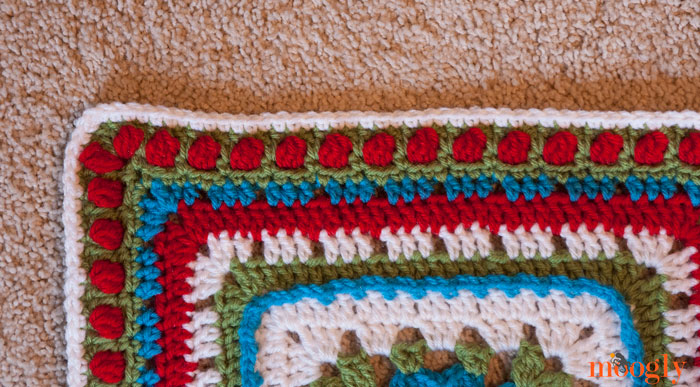 When I started I purchased 24 skeins of yarn – 6 each in 4 colors. And in the end I used all the white, the vast majority of the red and blue (less than a skein of each left!), and I ended up purchasing 2 more skeins of green to finish the joining and border. Not too shabby! And since I used Lion Brand Vanna’s Choice, dye lot wasn’t really an issue. Officially, Vanna’s Choice does have dye lots, but I’ve never seen a noticeable difference between them. 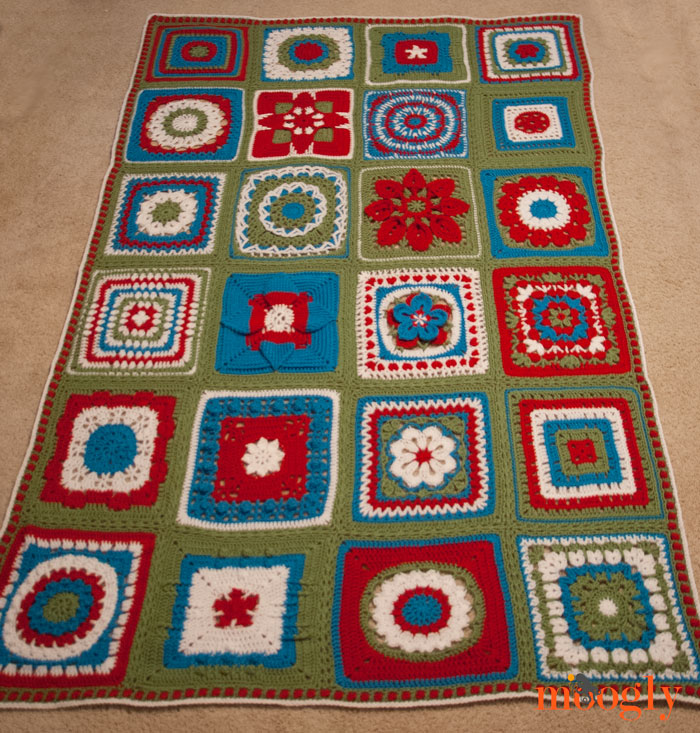 And I’m ready to finalize the plans for 2015! I’ll be doing another post with all the details on that before Christmas. Suffice to say, I think I’ve found a great way to keep it exciting while ironing out a couple of the kinks that happened in this first round. And I got some great feedback on the survey that I’ll be doing my best to integrate as well!

So for now it’s time to finish up your 2014 CAL Afghans! If you’re looking for more joining ideas, look HERE! And if you’re looking for more border ideas, there are some fun ones HERE! And when you’re done, I know you’ll want to show off your finished blankets too. So you can do that in the Ravelry group, or on the Moogly Facebook page. Thank you all again, for CAL-ing with me this year! I can’t wait to see your finished afghans, and I’m excited to begin 2015! As soon as I get my holiday crocheting done that is…