Subscribe to the Moogly Newsletter!
You are here: Home / Video Tutorials / Pattern Support Videos / Moroccan Tile Stitch in the Round

The Moroccan Tile Afghan Stitch Tutorial demonstrated this stitch pattern when worked in rows. But that left some wondering just how to work it in the round, as seen in the Moroccan Midnight Cowl and Moroccan Market Tote! So now there’s a tutorial for that – right here! 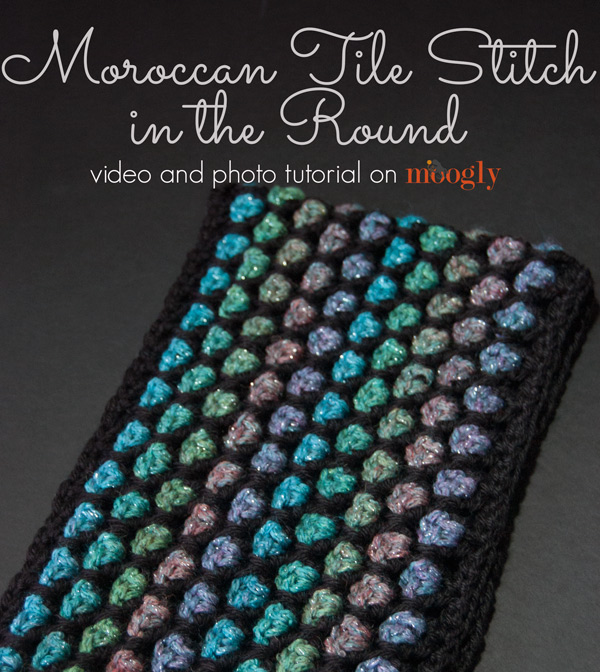 Moroccan Tile Stitch in the Round Video Tutorial

Moroccan Tile Stitch in the Round Photo Tutorial

Both the video and photo tutorials were shot using Red Heart Soft Yarn and a J hook from Craftwich Creations.

This stitch, when worked in the round, starts with any multiple of 3 sts. For demonstration purposes, I’m working it into a row of foundation single crochet, but it can be worked into a chain or into any series of sts, as long as it’s a multiple of 3. You can start each round with a Chainless Starting Double Crochet (CSDC)/Standing Double Crochet (STDC) *or* a chain 3 – it’s up to you. 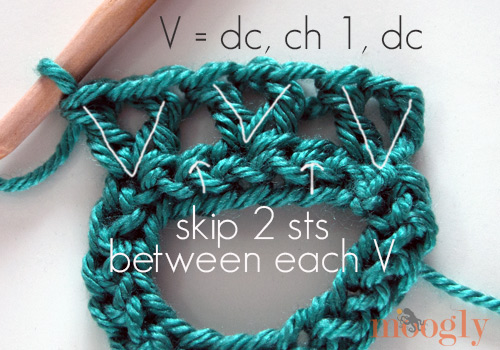 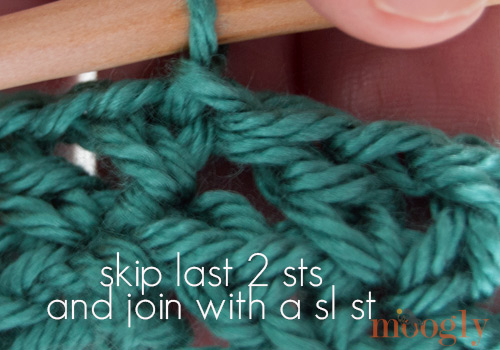 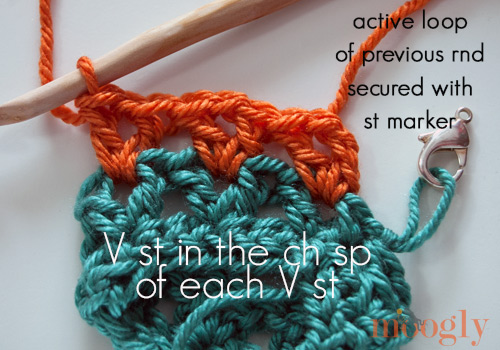 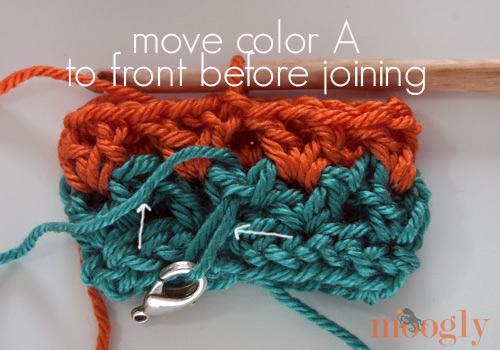 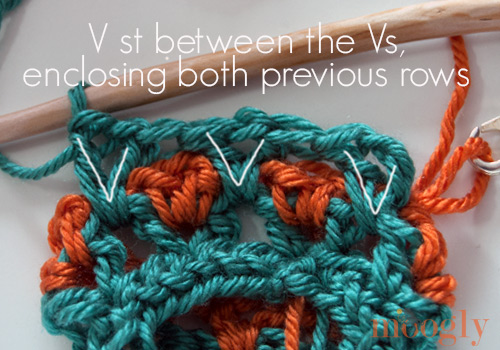 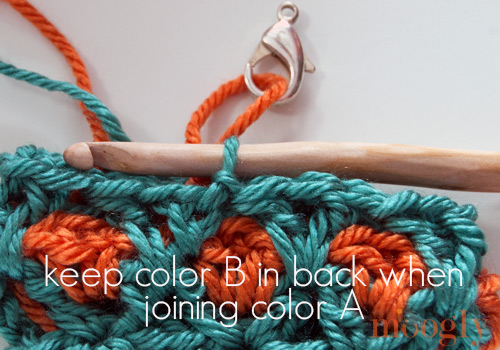 Round 4: Insert hook in the ch sp of the first V st of the previous round. Replace hook in active loop of Color B and pull it through the V to the front, leaving working yarn behind. CSDC, ch 1, dc in the ch sp of that first V. [Dc, ch 1, dc] in each ch sp around. Pull active loop and working yarn of Color A to front of fabric, then join with sl st to CSDC. Remove hook from loop, PM in loop so it doesn’t pull out. 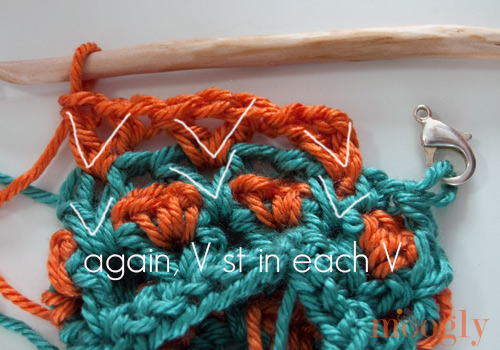 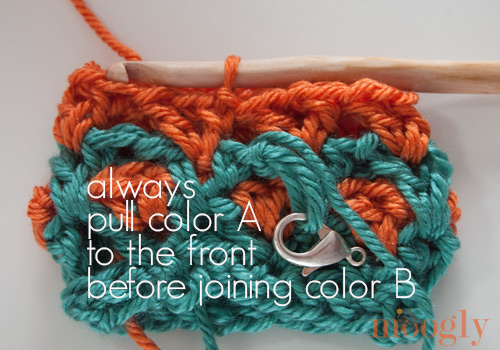 Continue repeating rounds 3 and 4 until you’re done, and then finish off with an odd numbered row. There are two patterns using this version of the stitch here on Moogly, and at least one more on the way! I hope you’ve enjoyed this tutorial, as well as the patterns. And if there’s another tutorial you’re looking for, please do let me know!