Most crocheters learn early on how to create single and double crochet stitches. And eventually, you might have tackled a treble crochet stitch! But did you know it doesn’t end there? You can keep adding yarn overs as long as you can fit them on the hook! Here’s the how to and names for the *really* tall crochet stitches! 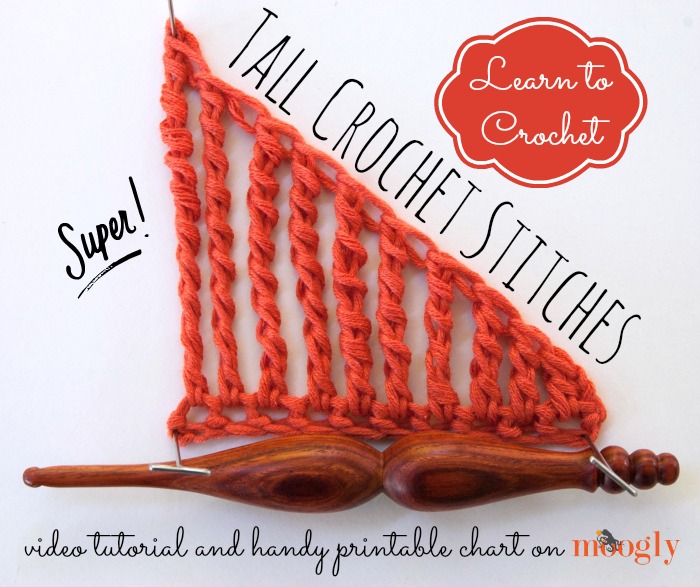 If you understand the anatomy of a double crochet and a treble crochet, then it’s easy to extrapolate what to do when you see a taller stitch – just add yarn overs at the beginning, and then work the loops off in twos. Easy! 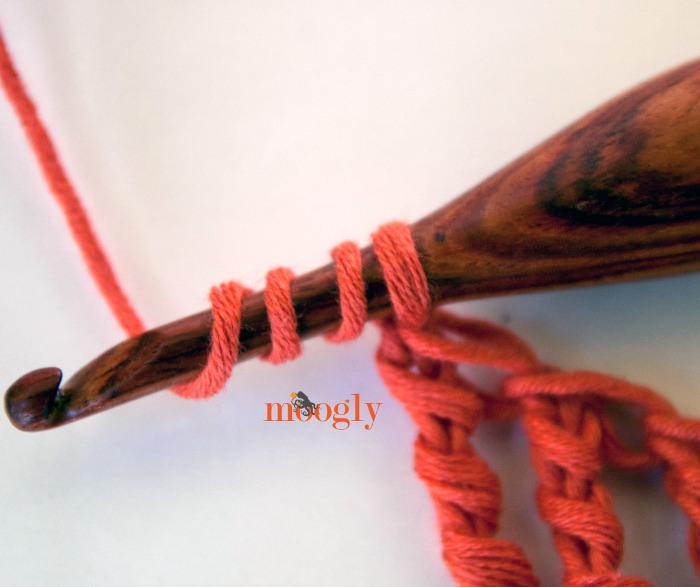 But the names can be super confusing! Most of us don’t talk in “quintuple” this and “septuple” that. Add treble to the name and it can be a head scratcher. Here’s a chart to make it easier! 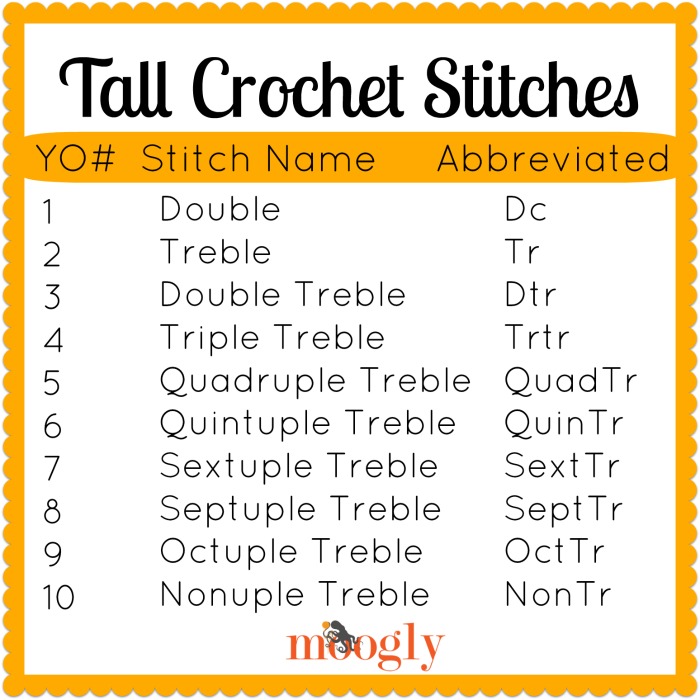 You might want to Pin the chart on Pinterest, or print it out (use the Print Friendly button below to print just the chart!). I know I have to check the list sometimes myself! The abbreviations past trtr can vary, but they should be close to the ones given above.

There’s a trick I use to help myself remember them too. Double and Treble are easy enough to remember, but past that is where it gets heavy. What I do is count the “treble” as a 1, and then take the preceeding word at face value, and them add them together. So for a Quadruple Treble, I count the quadruple as 4 (it’s usual meaning) and add 1 for the treble… for 5 yarn overs. For Septuple Treble, I take the 7 of Septuple and add one more for the Treble… 8 yarn overs!

One of the hardest parts of actually making these tall stitches is working the loops off evenly. And the other hard part is keeping the twist in the yarn – most yarns are twisted so that crochet stitches untwist it a bit, and these tall stitches can do a number on it! Relaxing your tension on the yarn can help, as can blocking the project afterwards. Most of the really tall stitches will show up in lace patterns, so blocking will be important anyway! Notice the pins in the photo – blocking for the win! 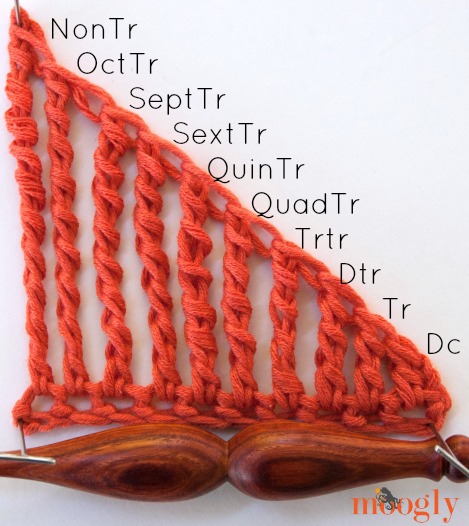 Now, you won’t see many of these stitches too often – generally speaking, the taller the stitch, the less common it is. You could easily go an entire crochet career without ever making a Nonuple Treble Crochet – I think most have! But now you know what to do if you do see one. And you can tackle that gorgeous lace pattern that calls for Triple Treble and Quadruple Trebles with confidence! Previous Post: « My Trip to STITCHES Midwest in Shaumburg, Illinois!
Next Post: “Baby Hats” by Annastasia Cruz: Review and Giveaway! »