Subscribe to the Moogly Newsletter!
You are here: Home / Current Events / Moogly Year in Review: 2012 Rocked!

Since it’s the last Friday of the 2012, and we’ve all been busy celebrating the season, I thought I’d take a moment for the Moogly Year in Review! We’ve come a long way in the past year, and it’s been an amazing journey. And it wouldn’t have been possible without all of you!

When 2012 began the blog had just a couple handfuls of posts, and only 4 patterns. I was excited when I’d see 4 visitors to the blog at a time! Now there are 5 posts a week most weeks, and a whopping 64 patterns available for free, as well as one paid pattern. Not to mention tons of roundups, dozens of video tutorials, and lots of fun. And we’ve had over 1.5 million views! It’s been absolutely overwhelming and wonderful.

Moogly has gotten some big name recognition as well! All Free Crochet Afghan Patterns has included the Blackberry Salad Striped Baby Blanket in their Top 100 list for 2012, and All Free Knitting has included the Chinese Waves Pouch in their Top 100 for 2012 as well! In addition, Crochet Concupiscence awarded Moogly the 2012 Awesome Crochet Blog Award for Best Pattern Roundups! Such honors! 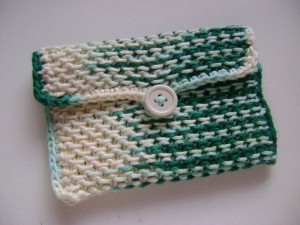 It’s hard to measure what’s most popular – do I go by Pinterest numbers, Ravelry Favorites, shares on Facebook? It’s hard to say what the right formula is or should be. But I think I can narrow it down to the Top 5 most popular patterns on Moogly for 2012. 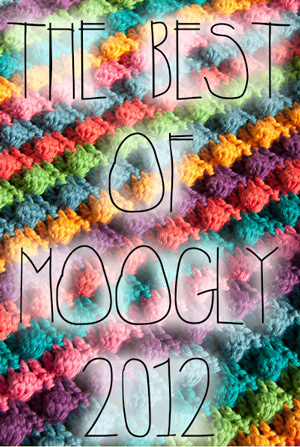 I hope you’ve enjoyed this Moogly Year in Review. What a year it has been! I’ve been just overwhelmed with and so very very grateful for all of your support. It’s been so much fun, and I’ve loved getting a chance to interact with all of you. Sharing my love of the fiber arts has been such a privilege, and I hope you all stick with me in 2013, as we continue the Moogly journey! 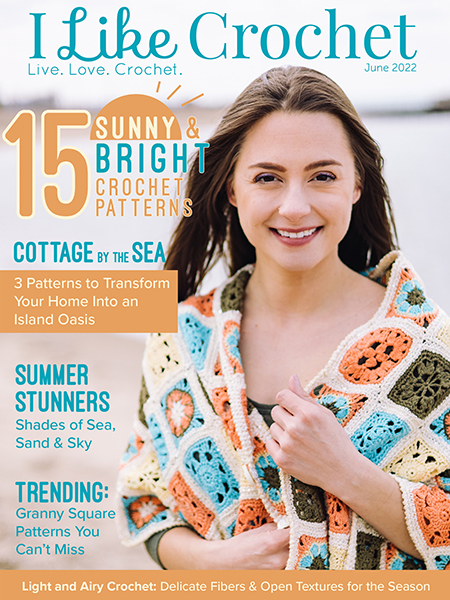