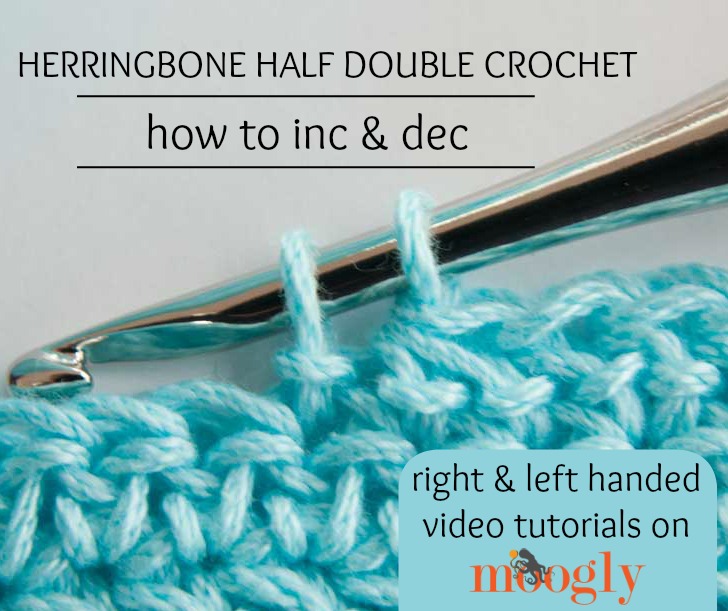 As Seen in This Video (click for more info)

Decreasing with Herringbone Half Double Crochet: Yo, insert hook in indicated stitch, yo and pull up a loop through the stitch and the first loop on the hook, as for a slip stitch (2 loops remain on hook), yo and pull through both loops on hook.

And that’s all there is to it! This stitch has great subtle texture, changing the look of the standard hdc a bit, but still creating a great solid fabric! I hope you enjoyed learning more about this stitch! Thanks for watching!