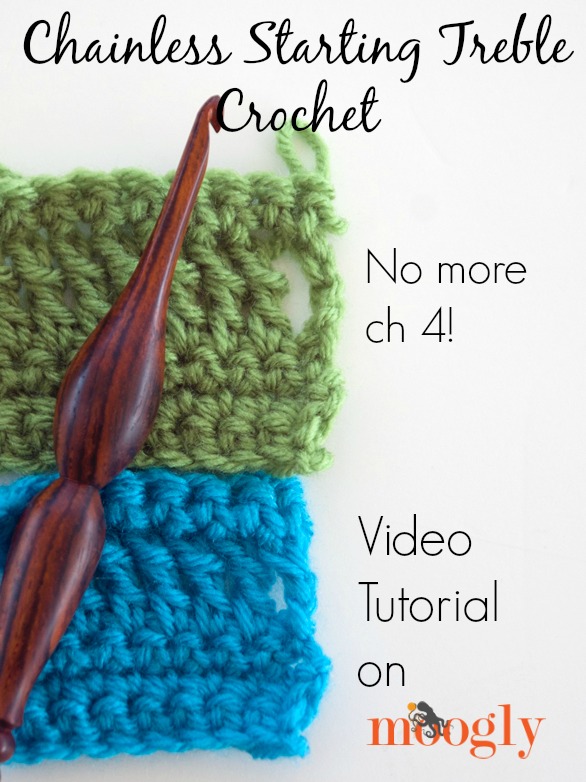 The video tutorial above was filmed with Lion Brand Vanna’s Choice yarn, and a US-I, 5.5mm hook from Furls Fiberarts (click here to purchase your own)!

The Chainless Starting Treble Crochet stitch can be a little fiddly. I have certainly pulled out and reworked at least half the ones I’ve made… but I do think it’s worth it, to make the best finished item possible! It works the same as the Chainless Starting Double Crochet, but you pull the loop up taller, and wrap around it twice.

It does take practice, so don’t get discouraged. Just make sure you work off both strands of the tall loop you pull up to start the stitch as if they were one loop, as you work on up the stitch. And keep the top of the loop firmly in place with that forefinger of the hook hand!

It will likely still look a little wobbly  and hunched over until you work the next row. Work right under the top “V” of the Chainless Starting Treble Crochet stitch just as if it were a standard treble crochet, and it will pull up nice and tall and fit right in. It still leaves a little gap, as seen in the photo above, but it’s much less noticeable than a ch 4!