This little crochet trick has been invented and reinvented repeatedly over the years! And the Chainless Starting Double Crochet stitch IS tricky – it definitely takes some practice. But it’s worth it, because it tricks the eye – and makes the telltale starting chain obsolete! Learn how to make it in this tutorial! 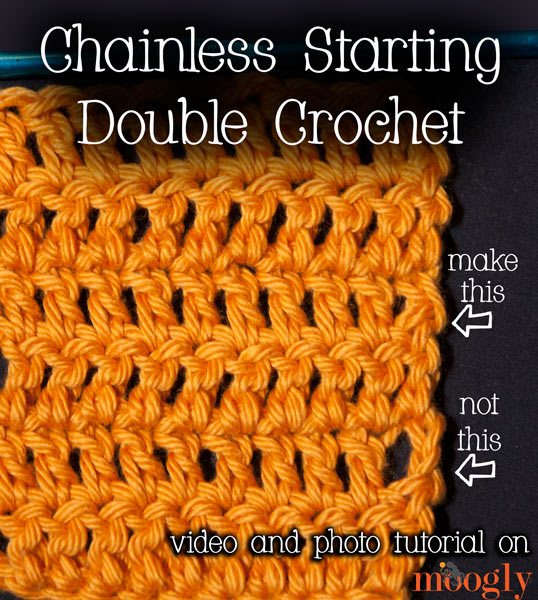 The Chainless Starting Double is worked as the first st of a row, to replace a chain 2 or chain 3 start – the usual method of working the “first dc” of a row.

To make the stitch, pull up the loop on the hook to the height of a normal dc st. (Look at the row below if possible to get a good idea of what this looks like – this part takes a little practice to eyeball it!) 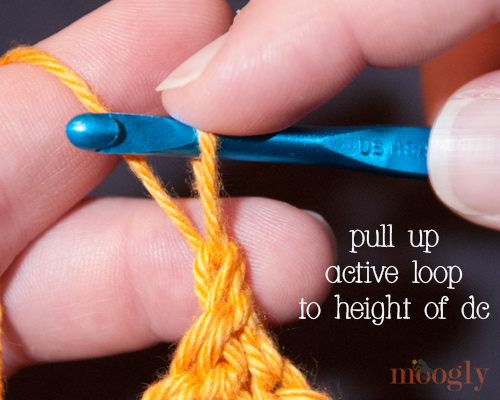 Hold the forefinger of your hook-holding hand on top of the stretched loop, against the hook, so it can’t move.

Yarn over the hook with the stretched loop, so that the loop is wrapped around the hook as shown below. 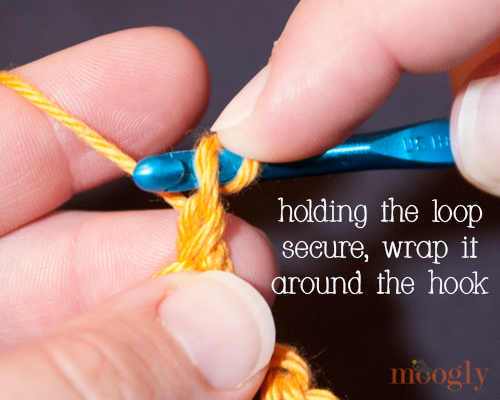 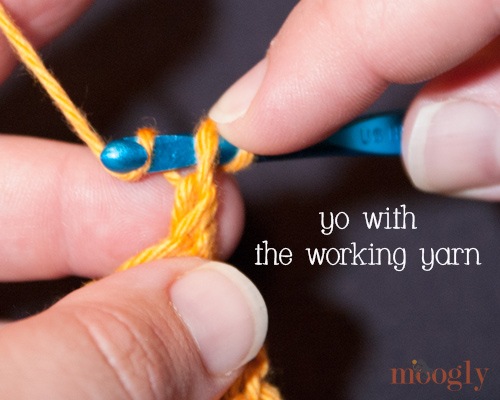 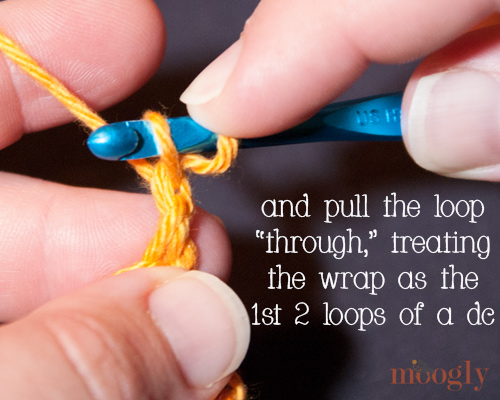 Yarn over with the working yarn again, and pull through both loops on the hook (releasing the pressure on the stretched loop as you pull the other loop through). 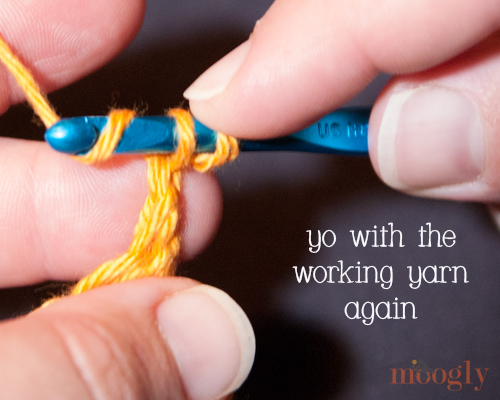 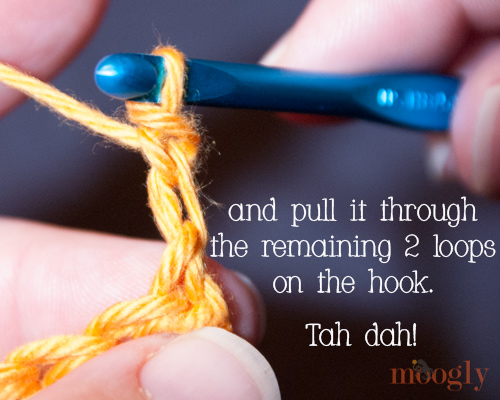 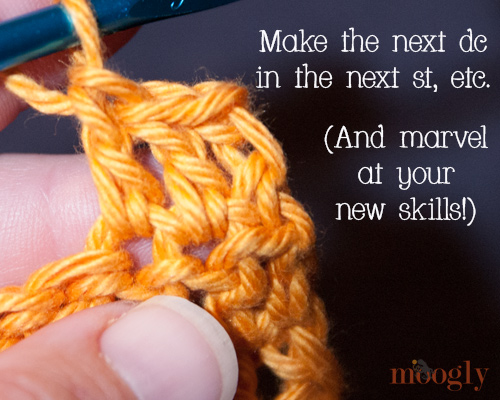 Now could you do this for a treble crochet, or trc st? Absolutely! Just pull the loop up higher, and wrap it twice, etc!

It takes some practice – pulling up the loop to just the right height (a little shorter is easier!), keeping the stretched loop on the hook, and finishing off the stitch. It might look a little funny at first. But it looks WAY better than a ch 3, and if you keep practicing you can master it – I believe in you!