A previous tutorial here on Moogly showed you how to make Tunisian Foundation Rows and the Simple Stitch. So building on that foundation (literally!) this video will demonstrate the Tunisian Knit Stitch! 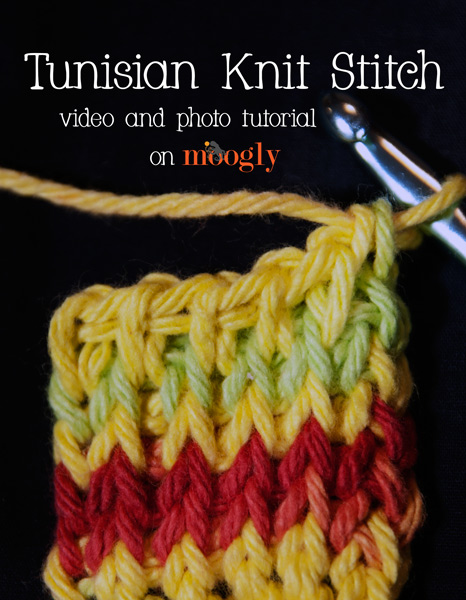 Written Instructions and Photo Tutorial for the Tunisian Knit Stitch:

The Tunisian Knit Stitch can be worked over any number of stitches, and starts with the two Foundation Rows that start off almost every Tunisian Stitch pattern. I’ve repeated them here as a reminder.

Row 1 (Foundation Row – Forward Pass): Chain to desired length – any number you like. Then working into the second loop from the hook, insert the hook and pull up a loop from each chain to the end. At the end you should have as many loops on the hook as you had chains. 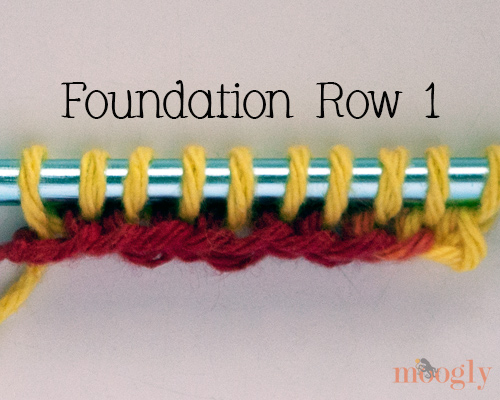 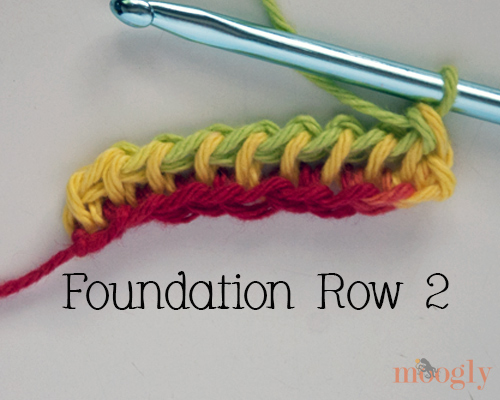 Row 3 (Tunisian Knit Stitch – Forward Pass): The loop already on the hook counts as the first loop or stitch of this row. So insert your hook into the second loop from the previous forward pass, behind the front half of the loop and in front of the back half of that loop, and on through to the back of the fabric. Yarn over and pull up a loop. Repeat in each remaining stitch to the end. 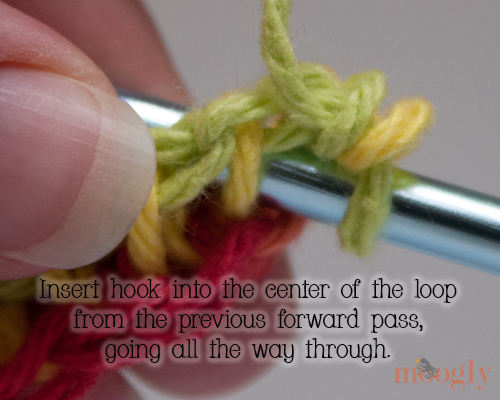 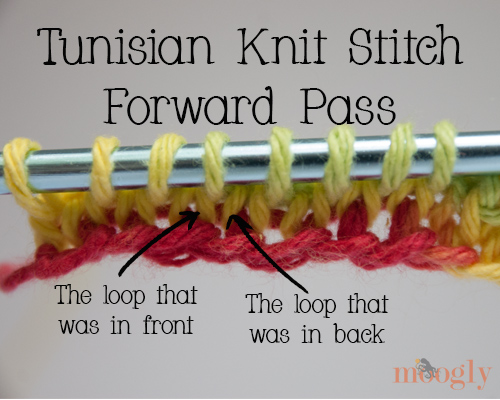 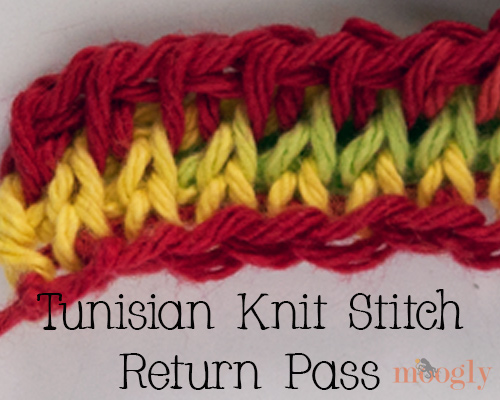 Repeat Rows 3 and 4 until you reach the length desired! Keep going until you’ve got the tension and stitches looking the way you like, and you’ll have mastered the Tunisian Knit Stitch!

And that’s all there is to it! If you’ve been following along with the Tunisian videos so far, you now know Tunisian Foundation Rows, Simple Stitch, Knit Stitch, and the Slip Stitch Bind-Off! And if you’ve made the Tunisian Pebbles Dishcloth, you can add Tunisian Pebble Stitch and Single Crochet Bind-Off to the list too. Tunisian isn’t scary – it’s easy if you take it one step at a time, and practice. I look forward to showing you more of what you can do with Tunisian crochet in future tutorials!

Previous Post: « 4th of July Crochet – Celebrate Freedom with Free Patterns!
Next Post: Save Money on Yarn with the Crafty Coupon Roundup! 6/27/2013 »