Subscribe to the Moogly Newsletter!
You are here: Home / Video Tutorials / Tunisian Crochet / How to Tunisian Crochet: Foundation Rows, Simple Stitch, and Slip Stitch Bind Off

Tunisian crochet is another one of those techniques that I put off learning for far too long. And it turns out it was easier than I could have imagined! So take a deep breath, watch this video, read this post, and try it – you can do this! 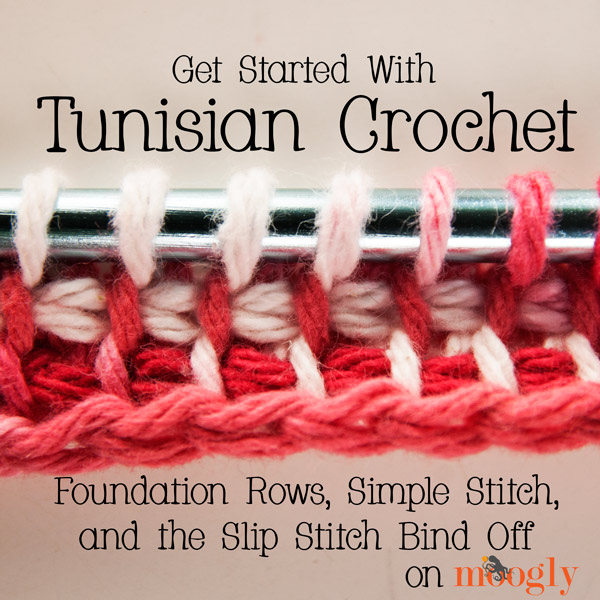 Tunisian crochet is usually done with a long, straight hook with a stopper on the end – sort of a cross between a hook and a knitting needle. But I’ve designed this tutorial for you to be able to give it a try without buying anything new! Just grab some worsted/ medium weight yarn and a US-J, 6.00mm hook, and watch!

How to Get Started with Tunisian Crochet:

So in the above video, I showed you several things: Tunisian foundation rows, the simple stitch, and the slip stitch bind off. Let’s take a closer look in the photos and instructions below.

Row 1: Chain to desired length – any number you like. Then working into the second loop from the hook, insert the hook and pull up a loop from each chain to the end. At the end, you should have as many loops on the hook as you had chains. 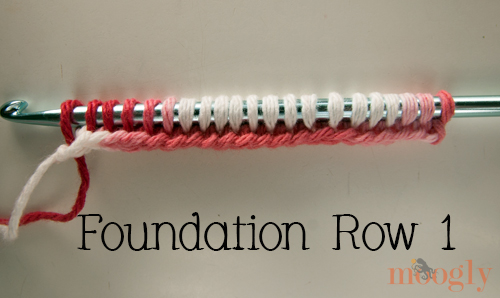 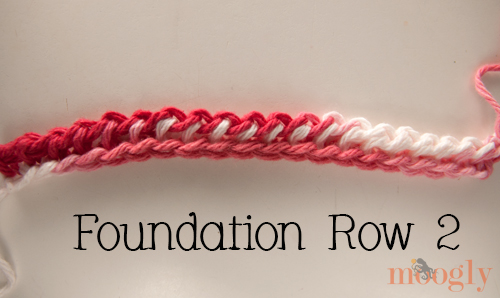 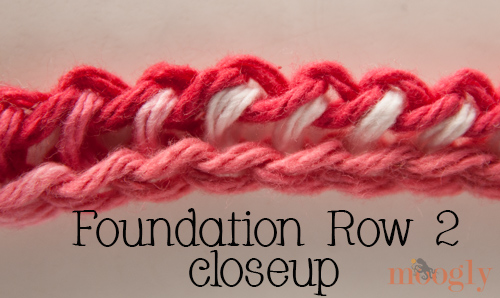 After making the Foundation Rows, proceed as follows:

Row 3 (Forward Pass): The loop already on the hook counts as the first loop or stitch of this row. So insert your hook, right to left, under the second vertical loop from the previous row. Yarn over and pull up a loop. Repeat in each remaining vertical loop to the end. For the last vertical loop you can go under just the one front as before, or under both loops – try both and see which you like better. 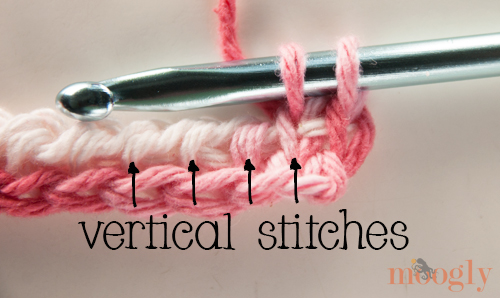 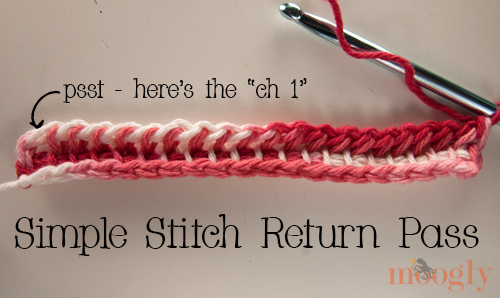 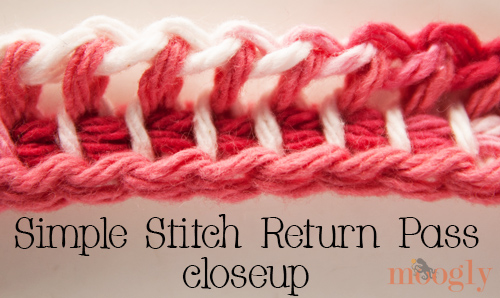 To continue, repeat Rows 3 and 4 until you have reached the length desired, then bind off. 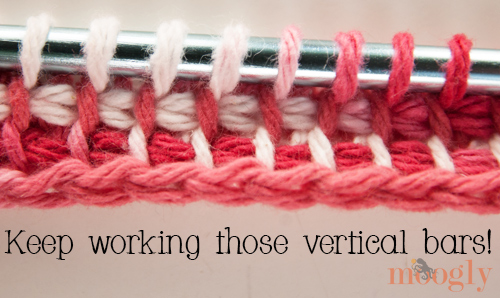 Insert the hook under the second vertical loop of the previous row just as in Row 3. Yarn over and pull up a loop, then pull that same loop through the other loop on the hook – just like a slip stitch! Continue in this manner to the end, then break yarn and weave in ends.

Looks do-able, right? And that’s all you need to get started! Keep going until your ready to bind off, make a bookmark or bracelet, and practice your tension and technique… you’re doing Tunisian crochet! It’s normal and expected for your work to curl as you crochet – you’re actually working each row in front of the previous row somewhat, rather than straight on top. Using a bigger hook than you normally would (like a 6mm with worsted) and blocking usually takes care of it!

I hope you’ve enjoyed learning the basics of Tunisian crochet! Now you can take those skills and make the Top of the Tunisian Scarf, Strawberry Basket Dishcloth, Tunisian Pebbles Dishcloth, or any of these 10 free Tunisian patterns!