Subscribe to the Moogly Newsletter!
You are here: Home / Current Events / My Trip to STITCHES Midwest in Shaumburg, Illinois!

Hot on the heels of the Knit and Crochet Show, I hadn’t planned to go to on any crochet trips for a little while. But then I realized that STITCHES Midwest was happening this past weekend, just a few hours from home! Well, it was too late to register for classes, but I had to make a quick trip anyway! 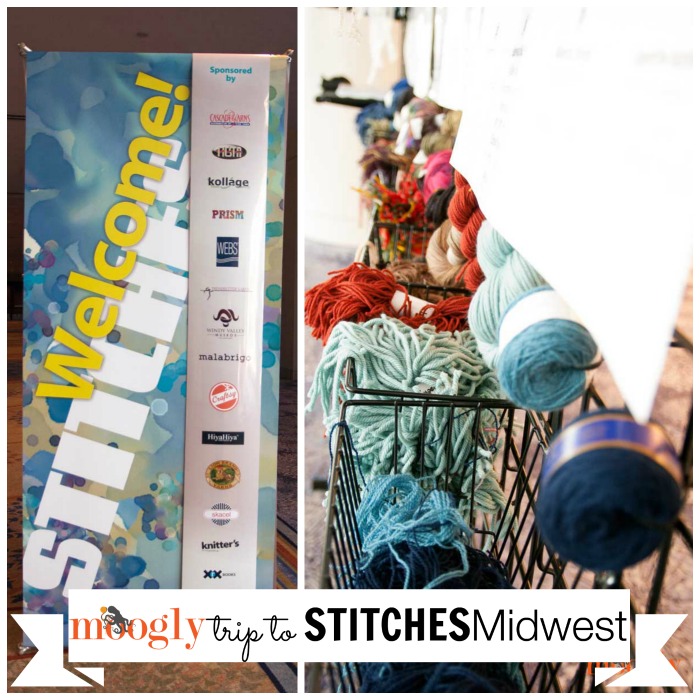 Since I didn’t take any classes, all I could really do was check out the marketplace. But what a marketplace – and what a fun day! It started with lunch at the Weber Grill Restaurant. Sooo tasty! I recommend the beef brisket sandwich for sure – I was too busy eating it to get a picture! But I had to get  a photo of the giant grill out front. I don’t know if it’s the biggest one in the world, but it was BIG. 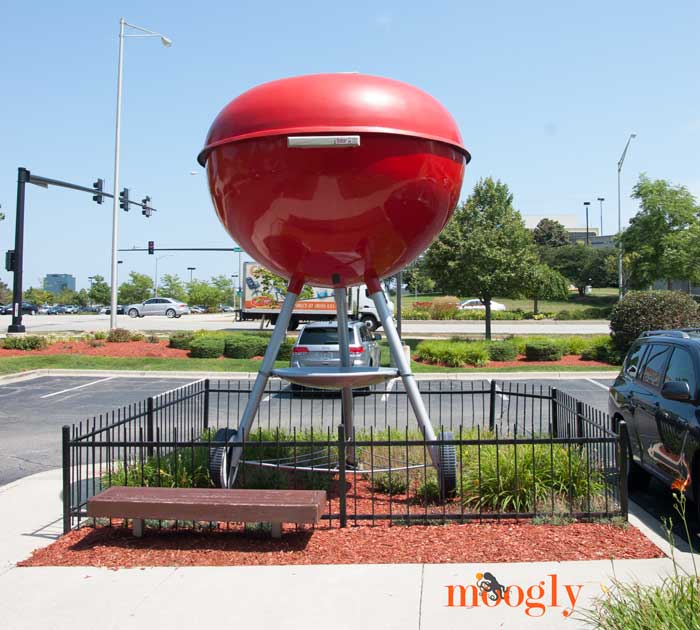 Then it was on to the Renaissance Convention Center! It was my first time there, and from what I saw, it’s a lovely location. But I was more interested in the YARN. They had a sign asking you not to photograph the vendors without permission, so I stood way way back and took some panoramic shots to give you an overall view. There were over 120 vendors, with more yarn, buttons, shawl pins, books, and tools than I’ve ever seen in one place! 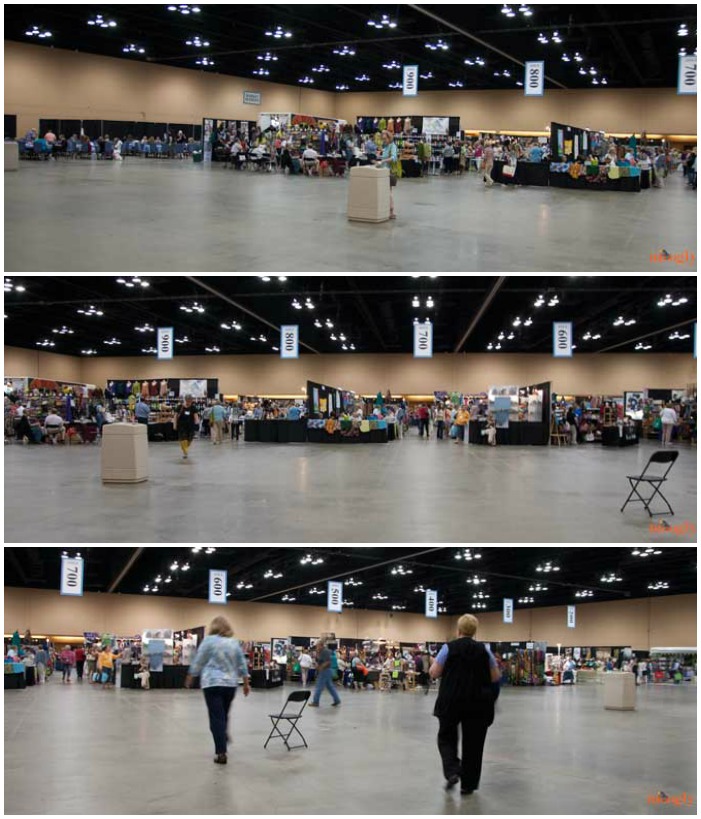 It was kind of overwhelming, I’m not going to lie! While most of the booths displayed finished knit items as opposed to crochet, there were some gorgeous examples of crochet work as well. Not bad for an event put on by Knitting Universe!

And right outside the marketplace was one of the most genius things I’ve ever seen – a yarn sample bar! Tasting bar? Samples wall? They had it labeled EXTREME Stash Guide, and it was fantastic. Lots of amazing yarn, from a variety of manufacturers – and you can take a piece home! Just tape it right to it’s description, and you can find it inside, or order it later! 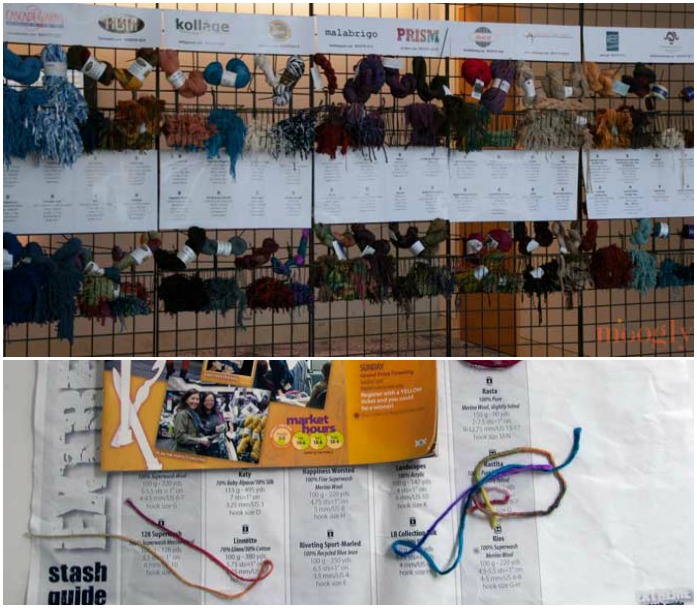 While my new Sanuk’s (recommended at the Knit and Crochet Show, and now by Moogly!)  held up really well, after a few hours I was still wiped out. With better planning I could have attended the Pajama Party with Marly Bird, but fingers crossed for next year! Hopefully I’ll have even more exciting photos to share then!

Thanks for reading! Get Moogly on your favorite social media sites:Facebook, Twitter, G+, Pinterest and Tumblr, and sign up for the Newsletter so you don’t miss a thing!