Congratulations to Karol Ann Midgley-Jones, winner of the Lightscoop Giveaway! Thank you to all who entered, and thank you to Lightscoop for sponsoring this giveaway!

If you’d like to purchase your own Lightscoop, there’s a special discount code for Moogly readers! Just go to Lightscoop.com and enter the code Moogly15 for 15% off, good through May 20th! 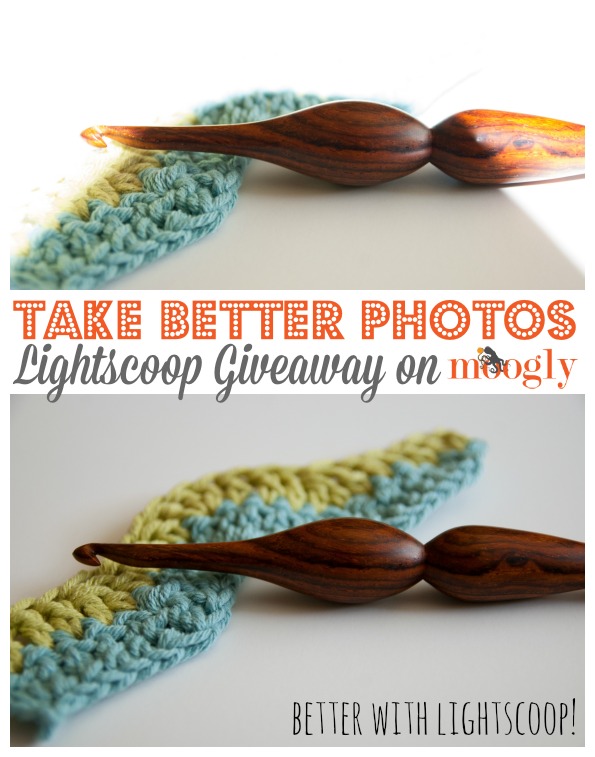 I’m not a professional photographer, but I know how important getting a good photo can be. Professionally, it can make or break a new pattern launch. And personally, I just want to take great photos of our family! So when I got the chance to try out Professor Kobré’s Lightscoop, I jumped on it! Professor Kobré’s Lightscoop, according to their site, “is a patented bounce device that redirects the light from a dSLR’s pop-up flash to a ceiling or wall and so create a broad light source from a natural direction. In addition to creating natural-looking light, bouncing the light from the pop-up flash eliminates red eye, dark shadows, bleached foreground subjects and lost-in-a-cave background subjects.”

In other words, it’s a little mirror that slides onto your DSLR and bouces the light from the flash around the room, giving you better looking photos without that “flash look”! Easy enough! 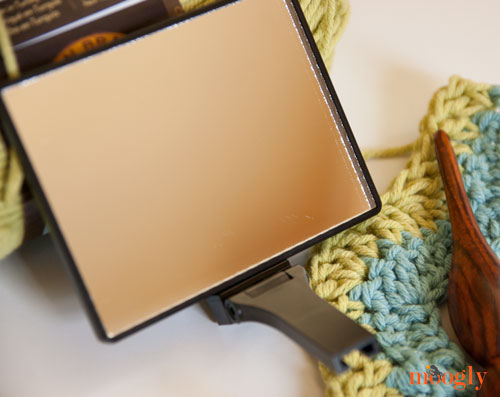 You do have to have a DSLR to use the Lightscoop, and you have to know the very basics of how use it on Manual. I’m not kidding when I say the very basics either – 20 minutes reading an online “how to use your camera” article and I was in business!  The Lightscoop comes with directions on how to set your camera. Set it and start shooting!

I’ve been playing with it for still product shots, and when there’s just no sun, it’s been great! I also loved the effect I got when I was using it while taking photos of my youngest’s birthday last month. The photos below are completely un-retouched, other than cropping and labeling! It’s heavy with ham and cheese though… hey, you want real, right? 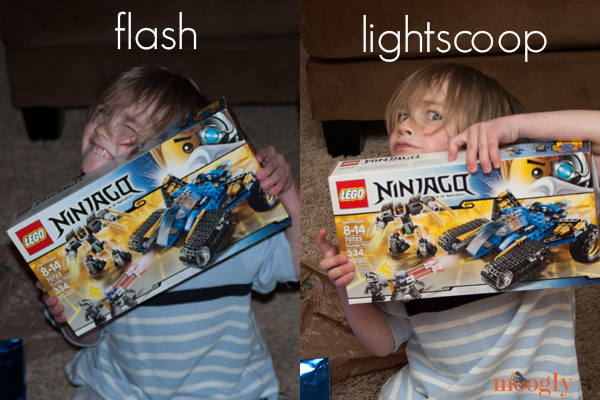 And here’s a without Lightscoop vs with Lightscoop shot of the windup robot on my desk. Everyone has one of those right? Again, no photoshop! 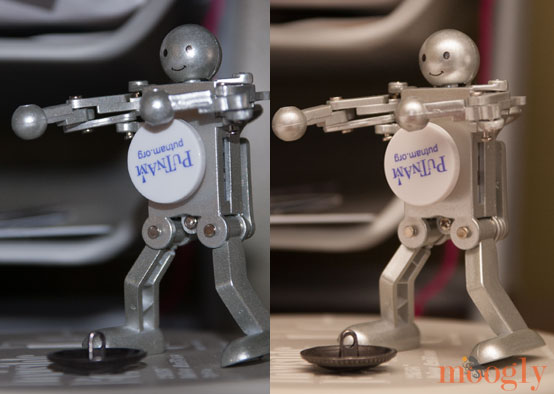 One tip though – if you’re like me, and tend to do some shots with a remote, or with your head away from the viewfinder, look away before you take the picture! Because that mirror will bounce it right back into your eyes – a lesson I learned real quick. 😉

Having the Lightscoop has helped me take better photos – and I need all the help I can get! Now I want to help you take better photos too. Whether you’ve got an Etsy shop, a crochet patterns blog, or you just want to take pretty photos of your friends and family, enter to win a Lightscoop today!

The Lightscoop Giveaway on Moogly is open worldwide and ends 5/13/2014 at 12:15am Central US time. The prize will be shipped by the sponsor, Professor Kobré’s Lightscoop!®

Good luck everybody! If you don’t want to take your chances on the giveaway, you can buy your own with a special discount code for Moogly readers! Just go to Lightscoop.com and enter the code Moogly15 for 15% off, good through May 20th!