Decreases are pretty basic stuff, integral to shaping your crochet items. Some time ago I covered sc decreasing and dc decreasing, as well as a nifty trick for doing those as invisible decreases. But half double crochet decreases can trip people up – and even when it’s done perfectly the standard way, it can cause a little puff to appear where you might not want one. So today I’ll share the standard hdc decrease method – as well as my own trick for making it look even better! 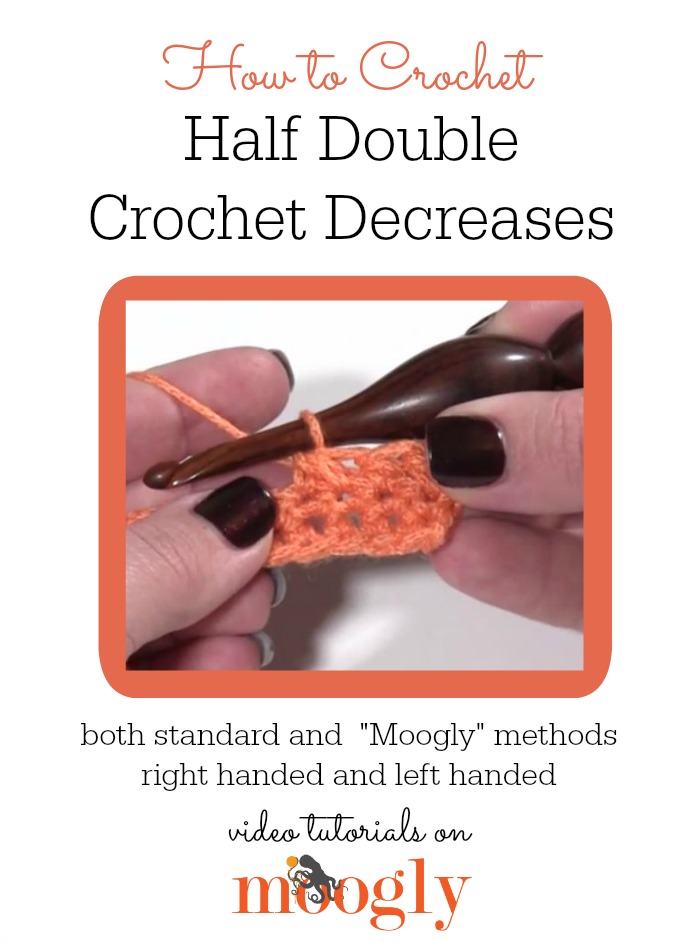 As seen in the video (affiliate links – click to purchase!)

The Moogly method (which I’m sure someone else has also come up with, but I haven’t personally seen elsewhere but my own hook) is thus: yo, insert hook into the next st, pull up a loop, insert hook into the next stitch, pull up a loop, and pull that same loop on through the 3 loops on the hook. A little different, but I think the end result looks a lot more like a standard hdc!

Some yarns and projects will respond better to either method – experimenting is the only way to decide which method to use when. But it’s just one stitch, so it’s not too much frogging to do to figure it out. And you might find that some other variation works best for you too! Either way, I hope this video has helped you crochet better today! 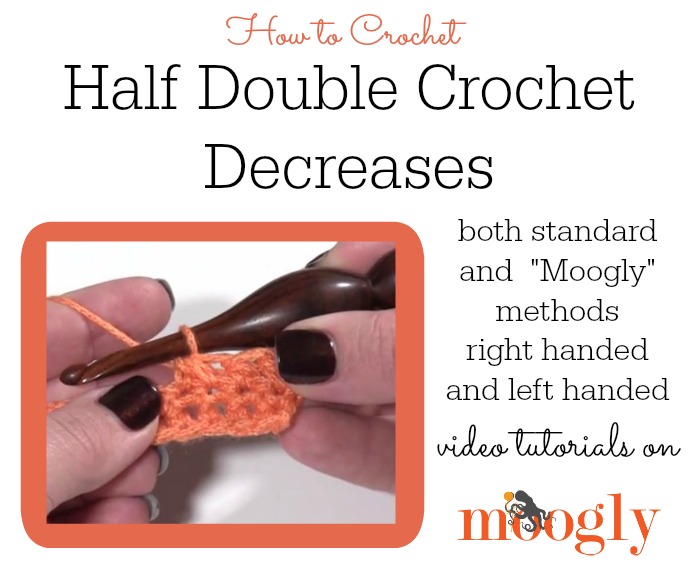 Previous Post: « How to Find a Pattern with Only a Picture: Google Reverse Image Search!
Next Post: Happy 2015 From Moogly! »