Subscribe to the Moogly Newsletter!
You are here: Home / Video Tutorials / Techniques and Tips / Extending a Row with Foundation Single Crochet

This week’s tutorial is a quick demonstration of a neat little trick to extend a row of crochet. Foundation stitches, in particular foundation single crochet, are a great way to to start a project. But what happens when you’ve made a few (or a bunch of) rows, and want the next row to continue on past the previous row, but don’t want to chain? Extending a row with foundation single crochet! Here’s how it’s done. 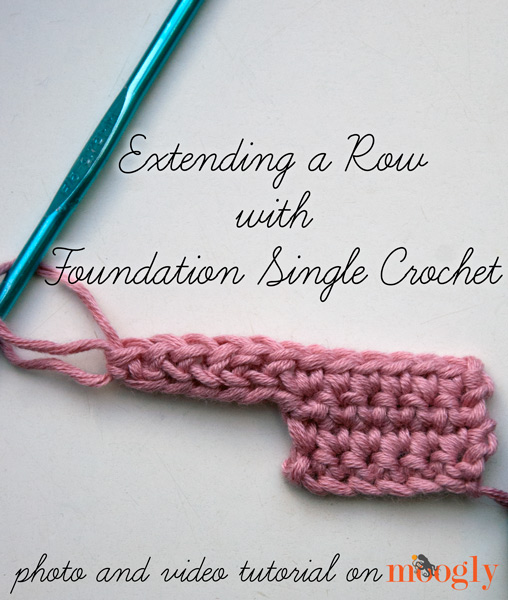 First of all, why are we doing this? Why not just ch to the desired length of the “offshoot” and then stitch into that on the way back? Well, it depends on the project, but a good example of why and when is to be found in the Moogly Crochet Alphabet! Specifically, the letter T.

The letter T is made by crocheting long rows for the vertical portion, or stem/base of the T. Then, when it’s time to make the horizontal rows, we start by chaining, and then turning and working single crochets into those chains, then across the top of the stem/base, and then… we need to extend the row with foundation single crochet! If we were to chain and turn and single crochet our way back, the two sides of the horizontal top of the T would be uneven – the first half would be a row lower than the second half. 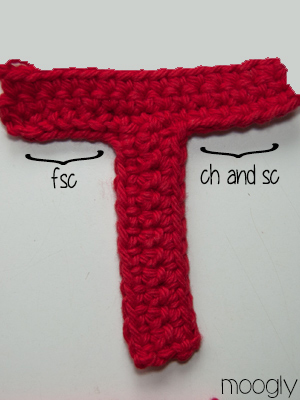 This is why being able to FSC at any point in the pattern is so great! And it’s so simple too. Here are a few photos that show how it’s done. If your not familiar with the basic Foundation Single Crochet (FSC) stitch already, be sure to watch this video first. 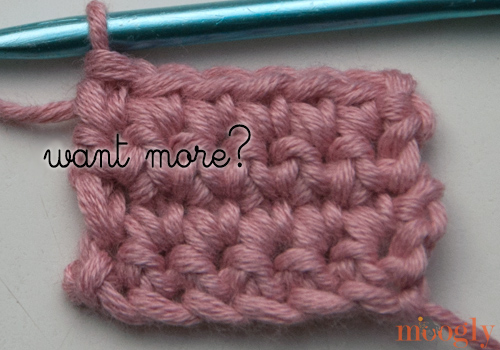 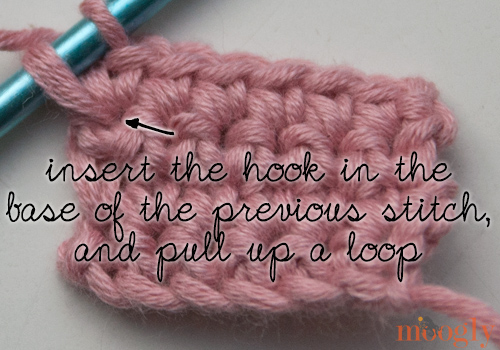 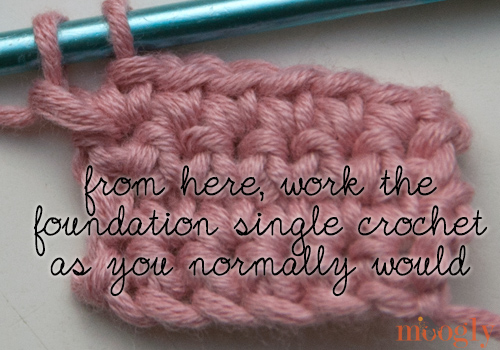 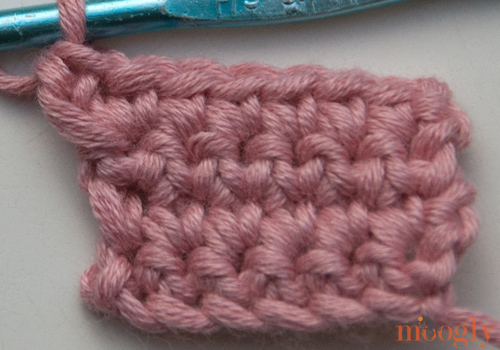 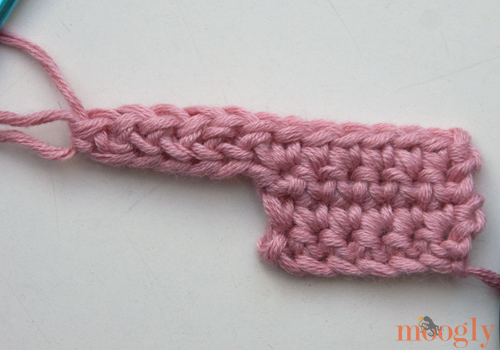 And that’s really all there is to it! Crochet is already known for being able to twist and turn and take off in any direction – and now you can add lengthening a row with foundation single crochet to your bag of tricks! This use of foundation stitches doesn’t have a specific name that I know of, but I think “extending the row” gets the idea across. And I think you can master this technique in seconds!