I’m going on vacation later this week, so things are going to be a little mixed up. But don’t worry, there’s still going to be lots of great stuff, including a free pattern on Friday! For today, it’s another issue of…

I hope you’ve enjoyed this edition of Unpinning Pinterest, and gotten some new tips and tricks to try (I swear by that tub cleaner now, seriously!). Whether you’re on Pinterest or not, I do my best to weed through it all and pull out the very best stuff to share with you here. If you’re on Pinterest, what’s the best stuff you’ve pinned lately? 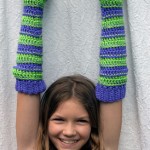