The Trinity Stitch is a basic stitch pattern, made up of single crochet clusters. It’s easily memorized, and makes great baby blankets, afghans, and washcloths. It’s simple, works up fast, and has lots of texture. Finished projects made with this stitch become treasured heirlooms, but you don’t have to be an advanced crocheter to make them! So let’s take a look at how the Trinity Stitch is made. 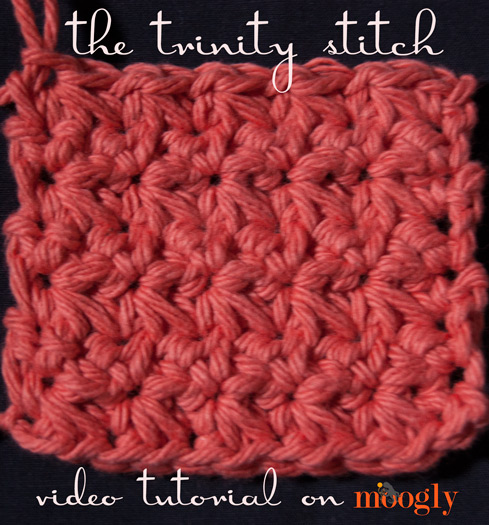 Video Tutorial for the Trinity Stitch

Written Instructions for the Trinity Stitch

To begin the Trinity Stitch, you start with an even number of chains. If you are starting with a foundation single crochet, make an odd number of FSC, then ch 1 to start the first row.

Row 2: Ch 1, sc in first st. Make first sc3tog working into same st as first sc of the row, top of first cluster below, and the next ch sp. *Ch 1. Sc3tog inserting hook into previous ch sp, top of next cluster, and next ch sp. Repeat from * to end, finishing last sc3tog in the top of the last sc of previous round. Sc in last st. Turn. 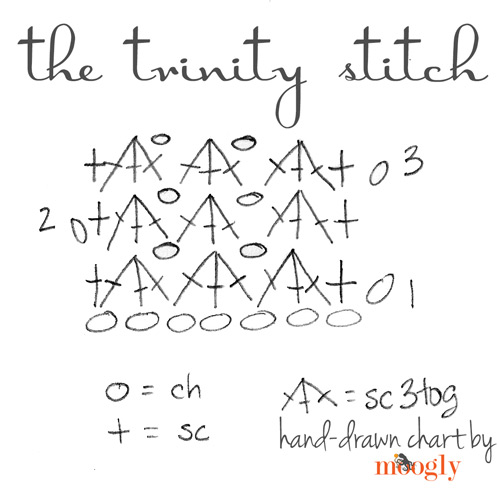 So as you can see, the Trinity Stitch is a fun and easy stitch to work once you’ve got the hang of it. You can experiment with taller stitches too – have fun with your crochet!