There are a couple of different stitch patterns that get called the Grit Stitch. But once you’ve learned one,you can easily do the other. In fact, they’re both as easy as can be. This video tutorial demonstrates the Single Crochet Grit Stitch – and keep reading for how to crochet the Mixed Grit Stitch! 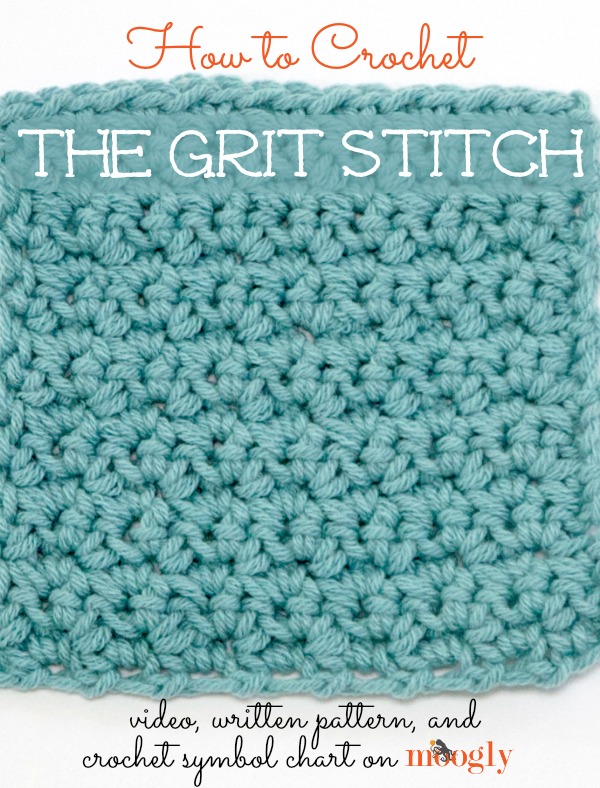 How to Crochet the Single Crochet Grit Stitch Video Tutorial

In this video tutorial I used the following items (click on the name of each to purchase your own!)

Of course, this stitch can be worked with any yarn, and the appropriate hook. You’ll want to start with a foundation chain that is any multiple of 2 sts, plus 1. The written pattern instructions are as follows: 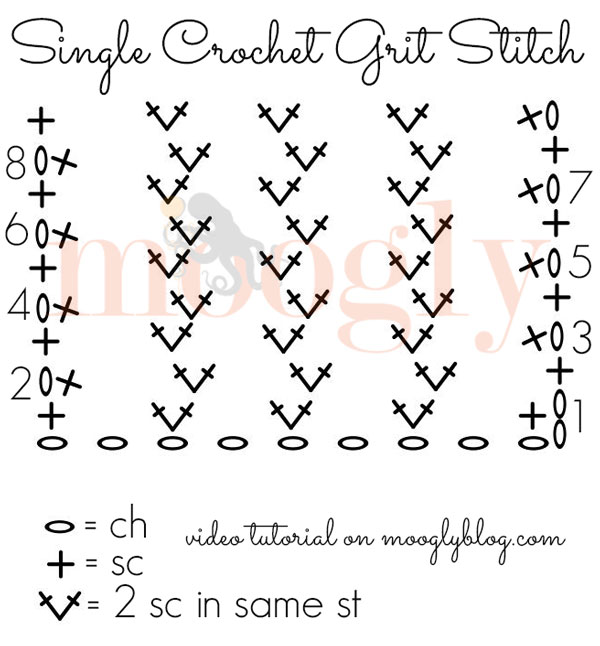 But what about that Mixed Grit Stitch? Easy as can be! Just substitute the second single crochet in each set with a double crochet – including the the stitch right after the turning chain. That’s it! It creates a bit more texture and a slightly different look, but is just as easy. I hope you’ve enjoyed this Grit Stitch tutorial – and be sure to let me know what stitches or patterns you want to see a tutorial for next. Thanks for watching and reading! Get Moogly on your favorite social media sites: Facebook, Twitter, G+, Pinterest and Tumblr, and sign up for the Newsletter so you don’t miss a thing!

Previous Post: « Hookin On Hump Day #72: Link Party for the Fiber Arts!
Next Post: It’s a Too Yarn Cute Giveaway – the Just for Guys Edition! »