Moss Stitch, Linen Stitch, Tweed Stitch, Granite Stitch, Seed Stitch… whatever you call it, it’s a fun crochet stitch pattern to make. Plus it has it’s own Moogly Video Tutorial! But what can you make with it? Well, to start, you can make these 1o free crochet moss stitch patterns! 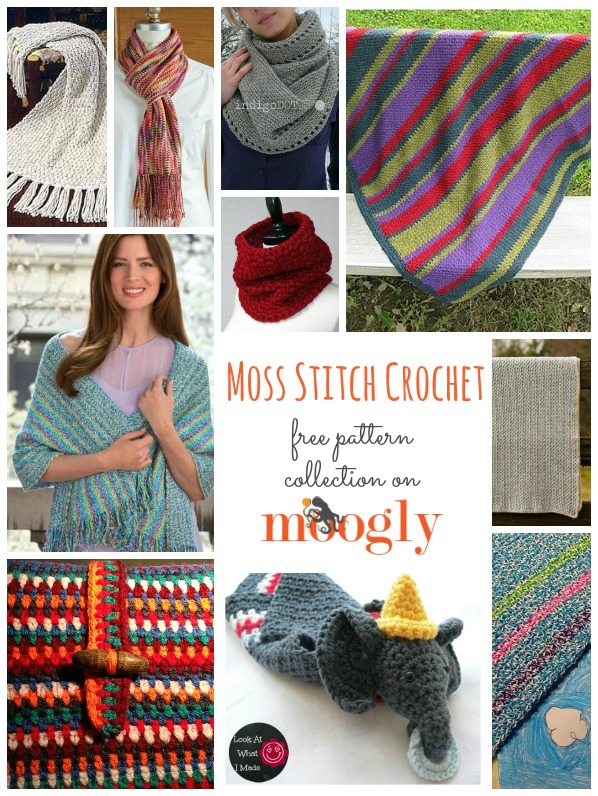 Before I share the patterns, let’s do a quick review of the Moss Stitch. Below is the video tutorial- CLICK HERE to see the rest of the tutorial!

I hope you’ve enjoyed checking out some of the fab patterns you can make using the Moss Stitch! It is certainly one of my favorites – hopefully I’ll get to add one of my own to the list someday! Previous Post: « Manchester Sunglasses Case
Next Post: Knit and Crochet Show Here I Come! How About You? »