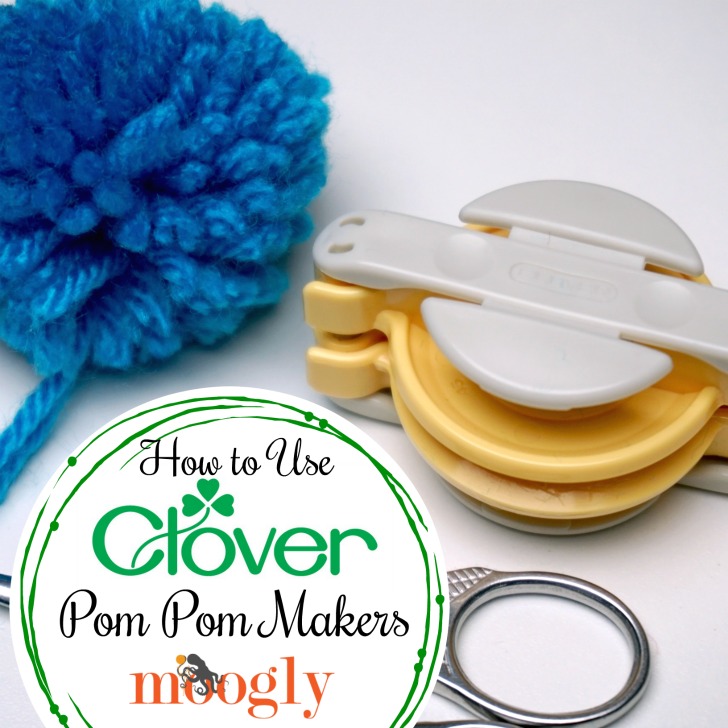 STEP 1: Open up the Clover Pom Pom Maker, pulling all 4 “arms” out straight.

STEP 2: Holding the Maker and the end of your yarn in one hand, wind the yarn around one pair of arms. Be sure to wind evenly back and forth, and stop when the yarn is even with the straight part of the arms on that side (see photo below). 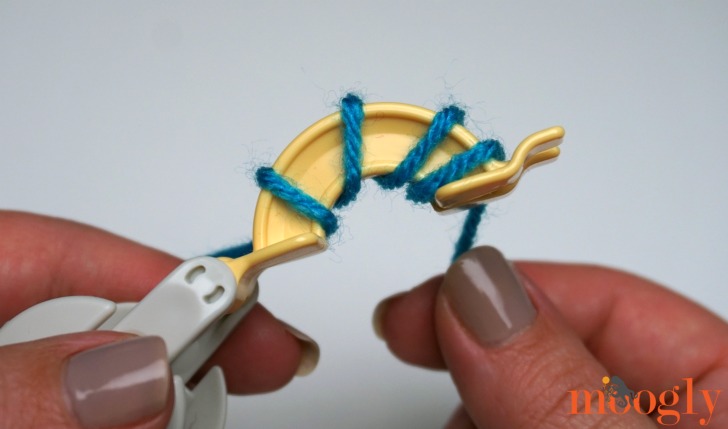 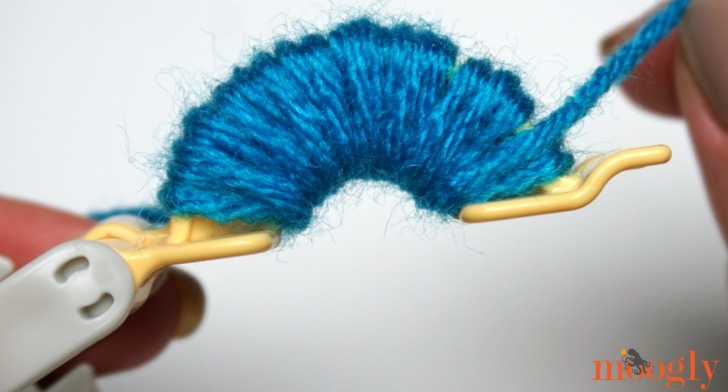 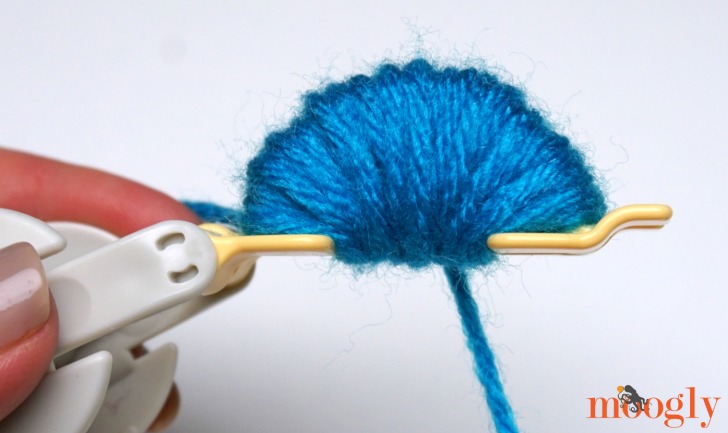 STEP 3: Close the arms on that side, and move the yarn to the other pair of arms as shown below. 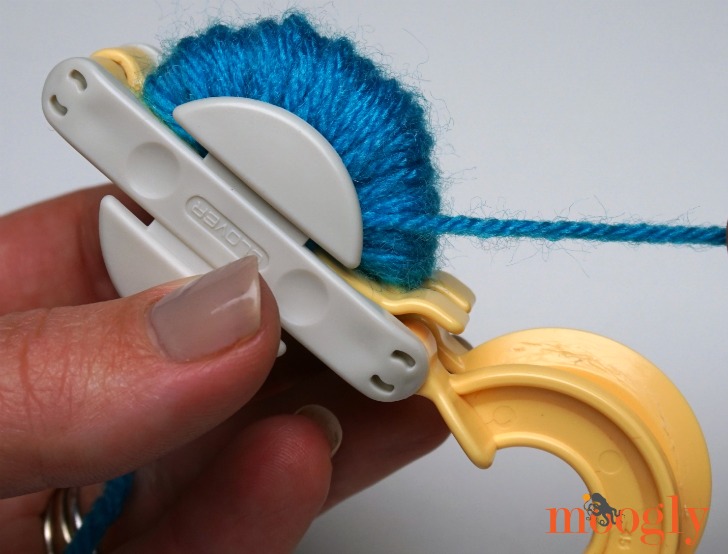 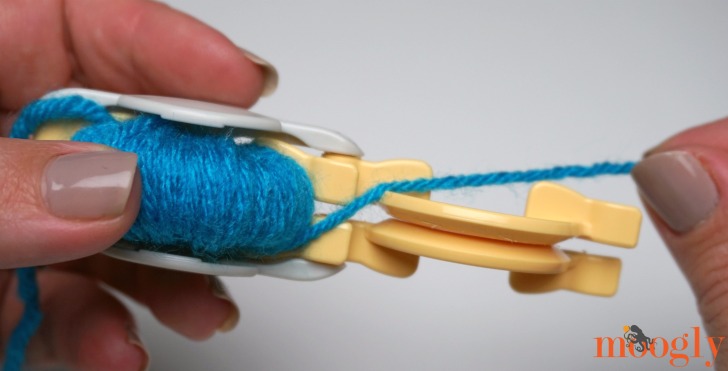 STEP 4: Wind the yarn evenly around this set of arms, stopping again when the bottom curve is filled in. 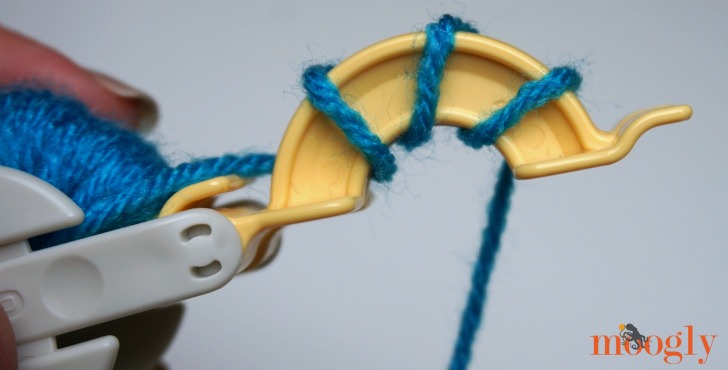 STEP 5: Close that side as well, and cut yarn. Using a small pair of scissors, cut along each half of the maker as shown below. You should be able to use the contours of the maker to guide your scissors. Be sure to hold the arms down so the Maker doesn’t open up as you cut. 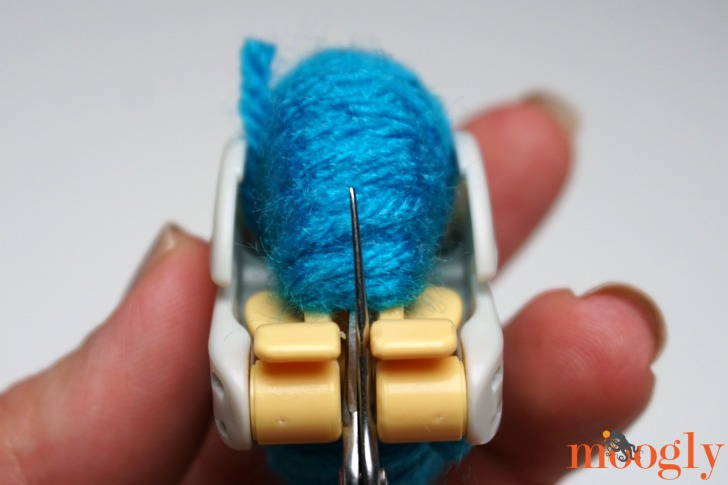 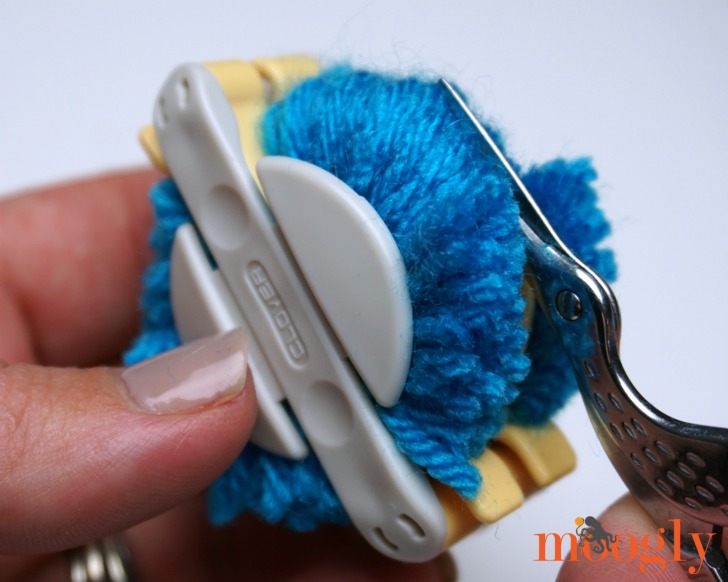 STEP 6: Cut a 12″ length of yarn, and wrap it around the maker as shown below – along the cut line. Tie a knot, wrapping the yarn around twice before pulling knot closed as tightly as you can without breaking the yarn. Knot again to secure. The knots should slip down between the pieces of the Maker. 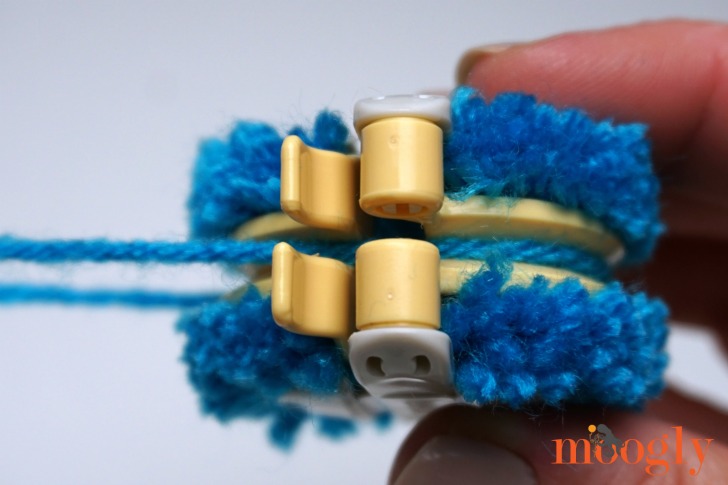 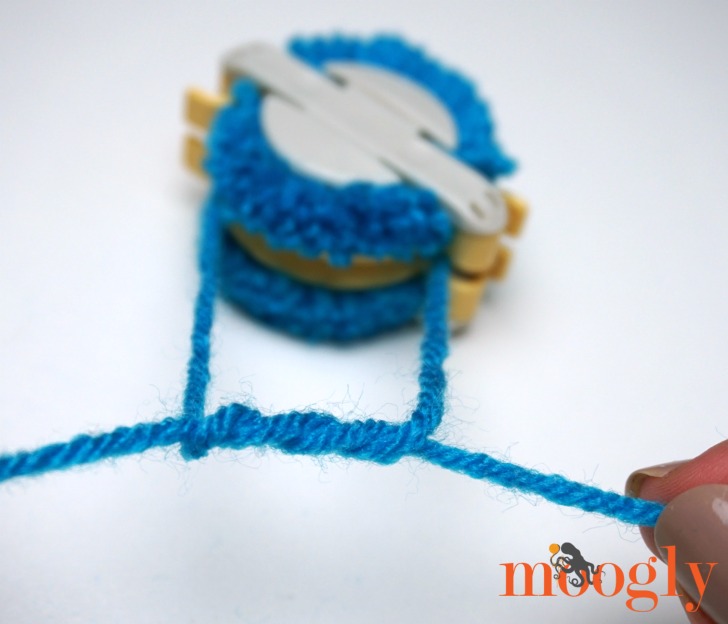 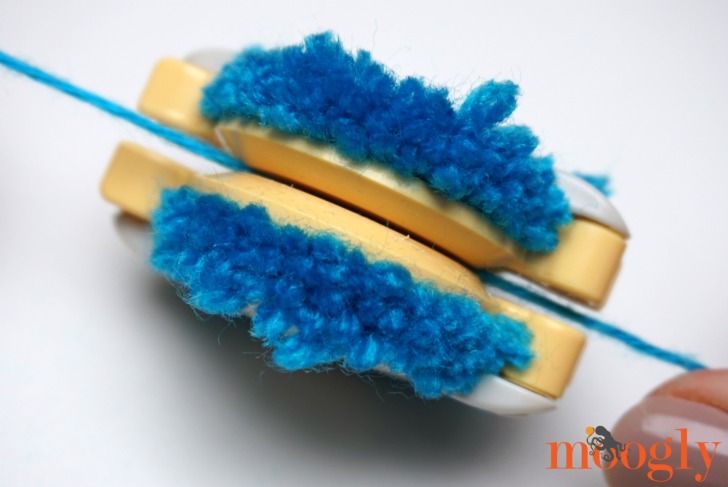 STEP 7: Open up the arms of the Maker and pull the halves apart to release the pom pom. Put the Maker back together for next time! 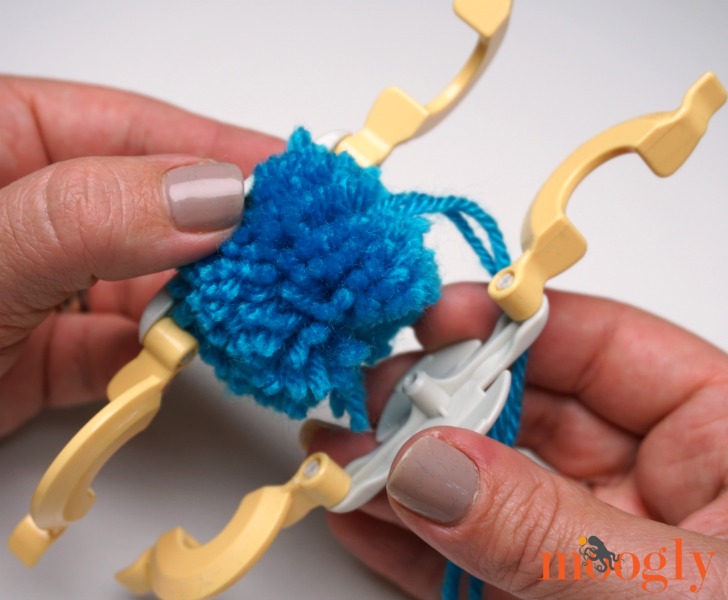 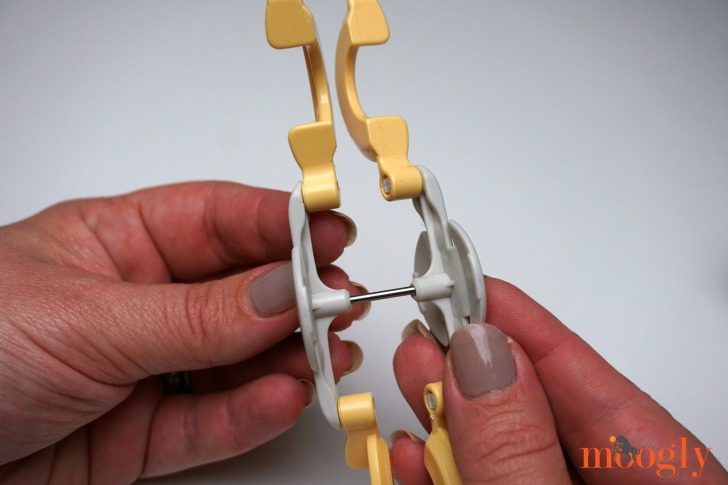 STEP 8: Trim off any extra long bits of yarn, and enjoy your new pom pom! The ends from the yarn that tied it all together in Step 6 are perfect for sewing/tying to your project. 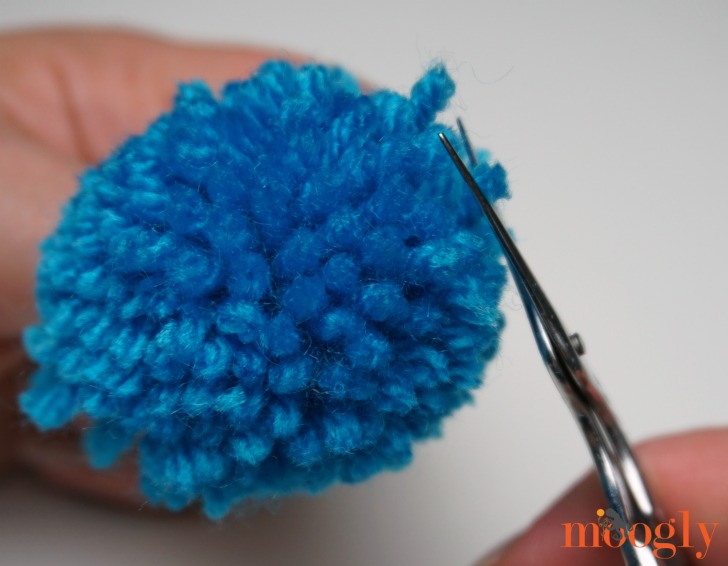 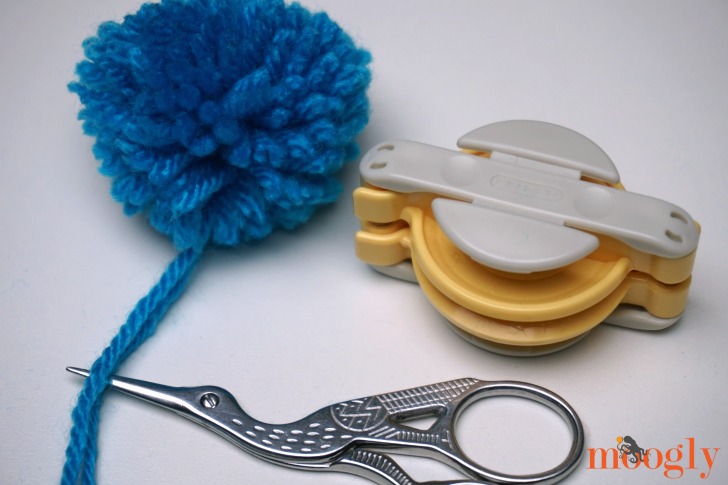 Ready to make some fun with the Clover Pom Pom Maker? Pin this to your favorite Crafty Pinterest Board so you can always find this helpful tutorial! 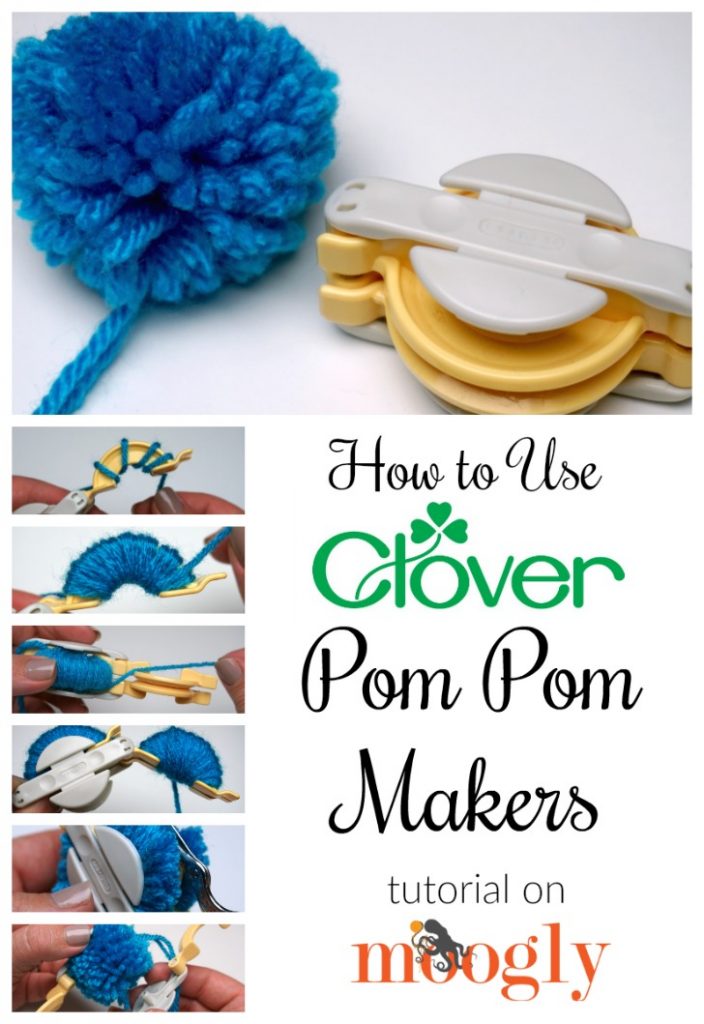 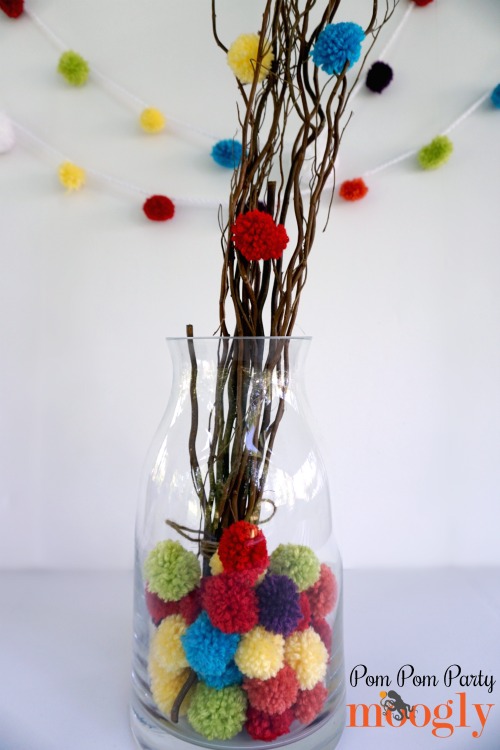 Previous Post: « Floral Pom Pom Gift Toppers
Next Post: How to Throw a Pom Pom Party for Kids with Clover! »