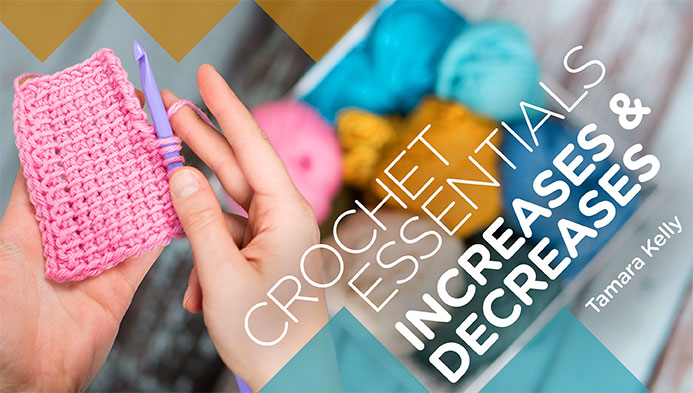 I flew from Iowa to Colorado last year to film this class! It’s specifically aimed at crocheters who’ve learned the basics of the stitches, and have mastered the dishcloth, scarf, blanket… and are ready to move beyond the rectangle! Here’s a quick video overview!

And here’s how Craftsy describes this class:

Increase and decrease with confidence! From basic techniques to fun shapes and stitch patterns, learn how to give your projects great shape.

Crochet decreases and increases for lots of common situations! Join the mind behind Moogly, Tamara Kelly, and learn how to give your projects great shape. During class, you’ll see each method demonstrated in single, double and half-double crochet, whether you’re right- or left-handed. Along the way, Tamara will teach you how to work with chart symbols for each technique and show you how to crochet fun shapes such as ovals, triangles and squares. You’ll even learn to work increases and decreases in popular stitch patterns such as chevron and lace. Plus, class ends with some special stitches that you don’t want to miss!

It was a ton of fun to teach, and I still go to Craftsy several times a week to answer any questions that pop up! And yes, that’s a Tunisian hook on the cover – but Tunisian is only a tiny part of this class – it covers mostly regular crochet!

And because we’re in the thick of the summer heat, here’s a special instructor link to get $15 off the class!

Thanks so much, and I’ll see you on Craftsy!