Subscribe to the Moogly Newsletter!
You are here: Home / Current Events / Moogly Year in Review – 2013 Was Amazing!

This past year was amazing here at Moogly! And I owe so much of it to each and every one of you. Once again, it’s been a fantastic journey, and watching the site grow and expand has come with a few challenges as well as rewards. But it’s all been worth it! 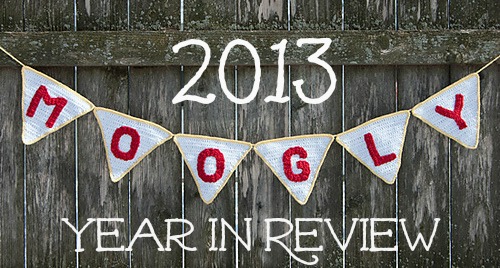 In 2012 I was excited to have reached 1.5 million total page views. Now we’re looking at nearly that many per month! And one of the wonderful things about all these views is that it’s allowed me to be able to bring you some wonderful giveaways and great guest posts – and I hope to continue with these in 2014!

And as those who’ve been around for a little while may recall, all these visits had an even more direct impact on the site – it went down a few times! All this fantastic traffic meant overloaded servers. So we had to take some decisive action and change our hosting company, right in the middle of  a giveaway weekend. It was a risk, and it was a little hairy, but the site came through in one piece, and in fact looks better than ever. Faster, cleaner, ready for even more visitors – and still improving! 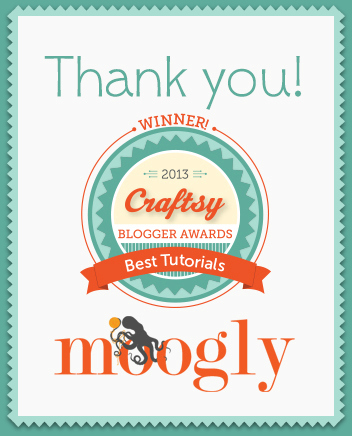 There were also some very official awards and honors given to Moogly this year! It was thanks to you lovely fans that we received the Craftsy Blogger Award for Best Video Tutorials – and that one’s definitely a “we”! I couldn’t have made the quality HD video crochet tutorials without the help of my husband/tech guy/videographer. And I couldn’t have won the award without all of your nominations and votes! Thank you thank you thank you!

And I was also honored with the 2013 Awesome Crochet Blog Awards: Best Video Tutorials from Crochet Concupiscence! Kathryn at Crochet Concupiscence is one of my blogging idols – it’s her example that first got me thinking about crochet blogging, and she’s been a wonderful encouragement and inspiration. Thank you so much Kathryn! 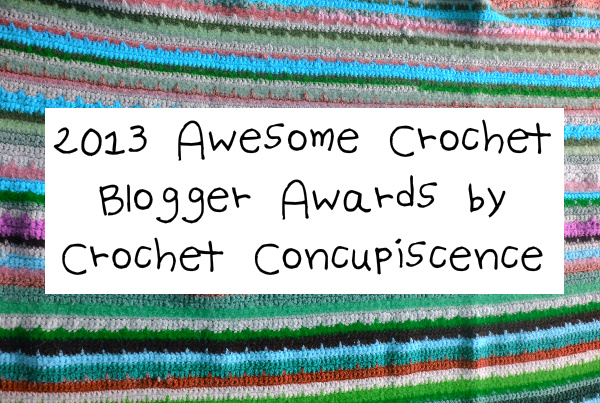 As for my patterns and designs, it’s been another exciting year there too! Several of my crochet patterns have been featured in AllFreeCrochet’s 100 Favorites List for Most Popular Patterns of 2013! A couple of them have even been included in their How to Crochet the Best Free Crochet Patterns of 2013 eBook!

And nearly every week, your Favorites and Queues on Ravelry have pushed the latest pattern into the Top 10 for Hot Right Now Crochet on that site – always so exciting! It’s through all your clicks, likes, hearts, comments, and love, that Moogly has gotten to where it is today!

So where are we today? After 2013, there are so many more roundups, so many more video tutorials, and so many more good things to explore. And my mission is to keep the good stuff coming! 2013 brought 55 more free patterns here on  Moogly – and with your support, I hope to repeat that again this year!

Thank you all so much for making 2013 as wonderful as it was – and I hope you’ll all join me for the exciting things that 2014 has in store! I can’t wait to share more crochet (and maybe a bit of knit) fun with you all! The goals for 2014 include more patterns, more videos – and a little more work life balance for me too. I love what I do, and I love my family – and this year my goal is to be able to enjoy them both!