Subscribe to the Moogly Newsletter!
You are here: Home / Special Features / Giveaways & Reviews / Reviews / Fun with the Zippy Loom – so fun.. so FAST!

Recently I was sent the Zippy Loom to try out and see what I think – and I think it’s a lot of fun! I had a grand time playing with it, and I think you will too. And I’ve got a discount for you to make it even better! 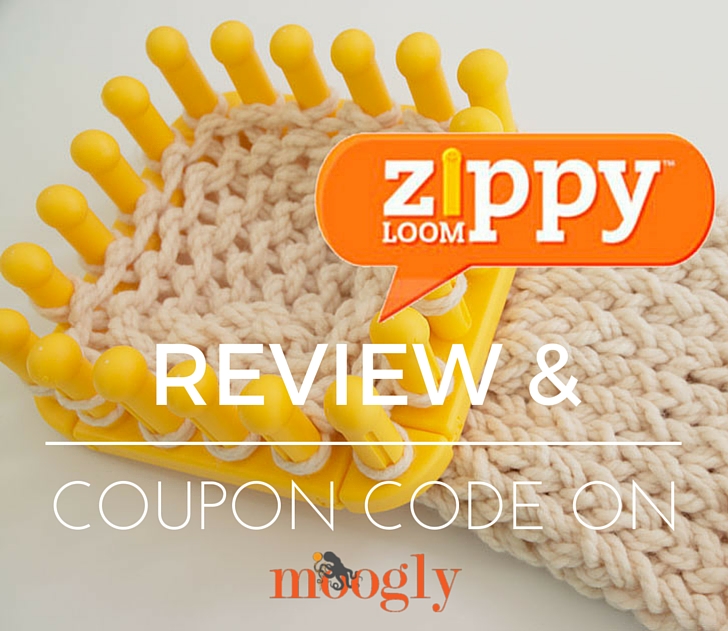 So first things first. What is the Zippy Loom? Well, it’s like a lot of peg looms… but BIG! I’ve played with my share of looms, but I’ve never seen one with such big pegs before! Here’s a quick video from Zippy:

I was sent the Zippy Package – four Zippy Looms plus a set of Zippy Corners. Each of the Zippy Looms featured 4 big pegs – enough on it’s own for a scarf! But with the full set, you can work up to 20 pegs at once – in the round or in rows. 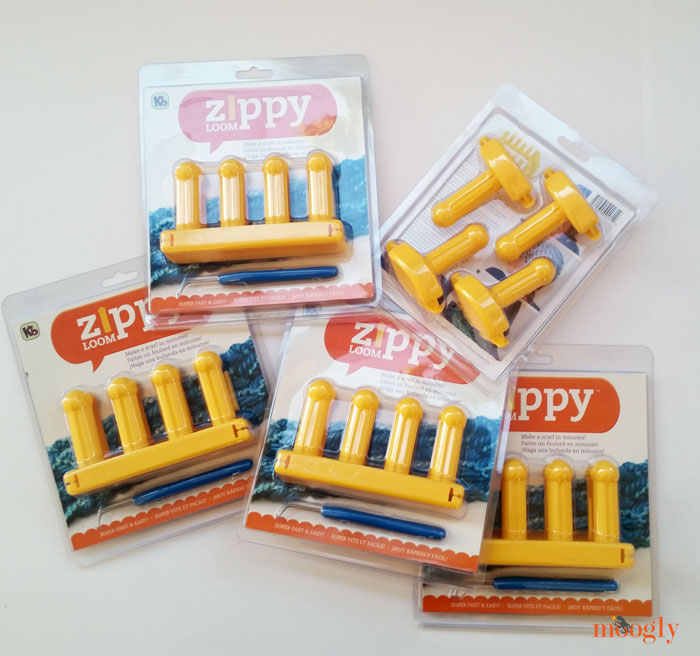 Of course I had to try it out! I connected all the looms and the corners to make one square – though of course what comes off the loom is a circle! And then I started knitting with it in the round – using TWO strands of Lion Brand Wool-Ease Thick & Quick held together!

But the Zippy Loom could totally handle it! They weren’t kidding when they said this was made for bulky yarns – I’d go super bulky and then some. Of course, big pegs and big yarn mean super fast projects – I whipped up this simple neckwarmer in a just an hour or two (and I wasn’t in a hurry either!). 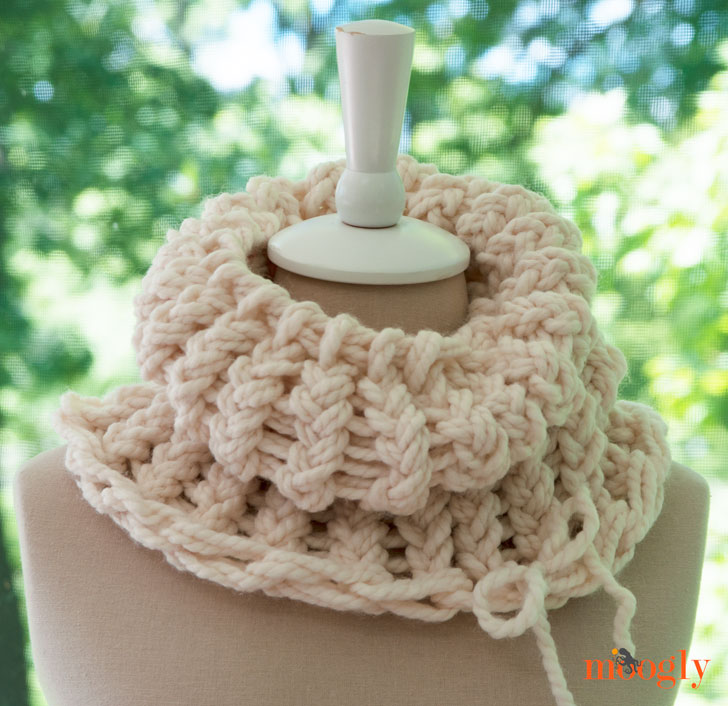 I love crocheting, I love knitting, and I love using looms as well – there’s something very relaxing about loom knitting in particular. And the Zippy Loom is versatile and fun to use. I can see some great stash-buster projects coming off here too – and the fastest baby blankets ever!

The pieces of the Zippy Loom are easy to connect, and stay connected while you’re using it. But they are just as easy to slide apart to store it or change the configuration. Durable and well made, I know I can use them myself or let the kids play without worrying about anything getting lost or broken – always a bonus, especially when it means another way to fight the “summer boredom” that’s bound to strike sooner or later! 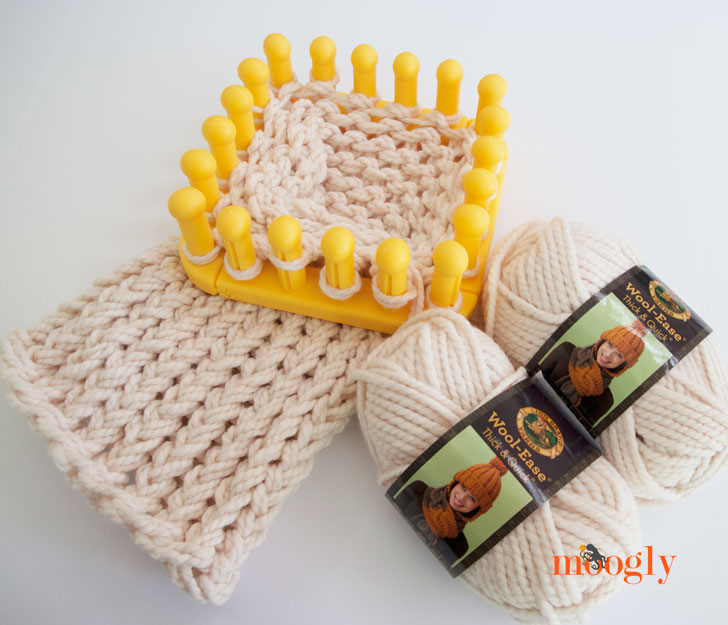 So if you’re interested in trying out the Zippy Loom, I’ve got a special deal for you! Click on ZIPPY LOOM and enter the code GOMOOGLY for 30% off – but it expires July 8th, so act now (and keep yourself  – and the kids – busy this summer)!

Get Moogly on your favorite social media sites: Facebook, Twitter, G+, Pinterest, Instagram and Tumblr, and sign up for the free Newsletter so you don’t miss a thing!
I was given a set of Zippy Looms for the purposes of review, but was not otherwise compensated and all opinions are my own.

Previous Post: « Lauren Brown of Daisy Cottage Designs: Designer Showcase!
Next Post: How to Add Beads with a Crochet Hook »