Subscribe to the Moogly Newsletter!
You are here: Home / Archives for greek letters crochet patterns

After designing the Moogly Crochet Uppercase Alphabet, Lowercase Alphabet, Numbers, and Punctuation, there was yet another request – the Greek Alphabet! While I don’t plan on covering every language out there, Greek letters are indeed commonly used in English speaking countries – in math, science, and of course fraternities, sororities, etc. So I’ve worked up the complete uppercase Crochet Greek Alphabet – and I’m sharing the first half in this post, and the second is HERE! 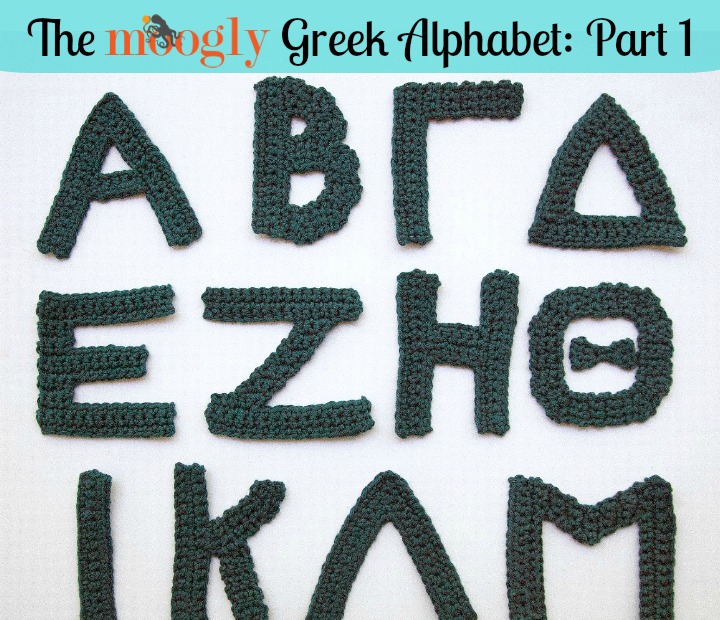